I have long associated Regency poet John Keats, indie rock star Jeff Buckley, and Aussie acting talent Heath Ledger with one another. All three died young, creating their best works before succumbing to the tragedies that took them away from us forever. Another aspect that binds them is that they were all three INFPs, the personality type associated with only about 4 percent of the population. I am also an INFP, which is likely why I feel such an affinity with Keats, Jeff, and Heath. All three possessed a certain quiet, awkward calm that could erupt into moments of sheer brilliance.

John Keats was born in 1795 and died in the year 1821. Though this is a twenty-six year time gap, he died at the age of 25 of tuberculosis in a room overlooking the Spanish Steps in Rome. He had earlier trained to be a surgeon, but found the work not for him, preferring to pursue his dream of being a poet - a profession which kept him from the love of his life, Fanny Brawne. Though they were neighbors for a time and spent many of their waking hours together, a fact chronicled in the movie Bright Star, they could not be married. In order for Keats to marry Fanny, he would have to support her and provide for her with a "real job." Fanny had secretly been a fan of Keats' work, even though his first collection of poems was shunned by critics. It wasn't until after his death that people began to recognize the brilliance behind his Romantic poetry, and now he is considered one of the greatest English poets to ever live. He's also one of the most tragic, next to Percy Shelley.

Keats was of short stature and bright-eyed with a strong nose and a soft voice, though he claimed a strong since of principle and justice, the first to speak up for the least of these. He found beauty in all things that most took for granted, especially his Bright Star herself, Fanny Brawne. These are all character traits of an INFP, non-confrontational except when encroaching on integrity and brimming with a colorful inner-world that likely kept him alive for as long as it did. Consumption was a familial disease that took away his mother and his older brother, Thomas. I own an old copy of his poems, published in the year 1921, one hundred years following his death. I've stepped foot into the room where he passed, saw the bed he died in, stared face to face with his death mask at the Keats-Shelley Museum in Rome. I own one of his many biographies, Posthumous Keats, and all of the above things connect me to a man I revere but will never meet. 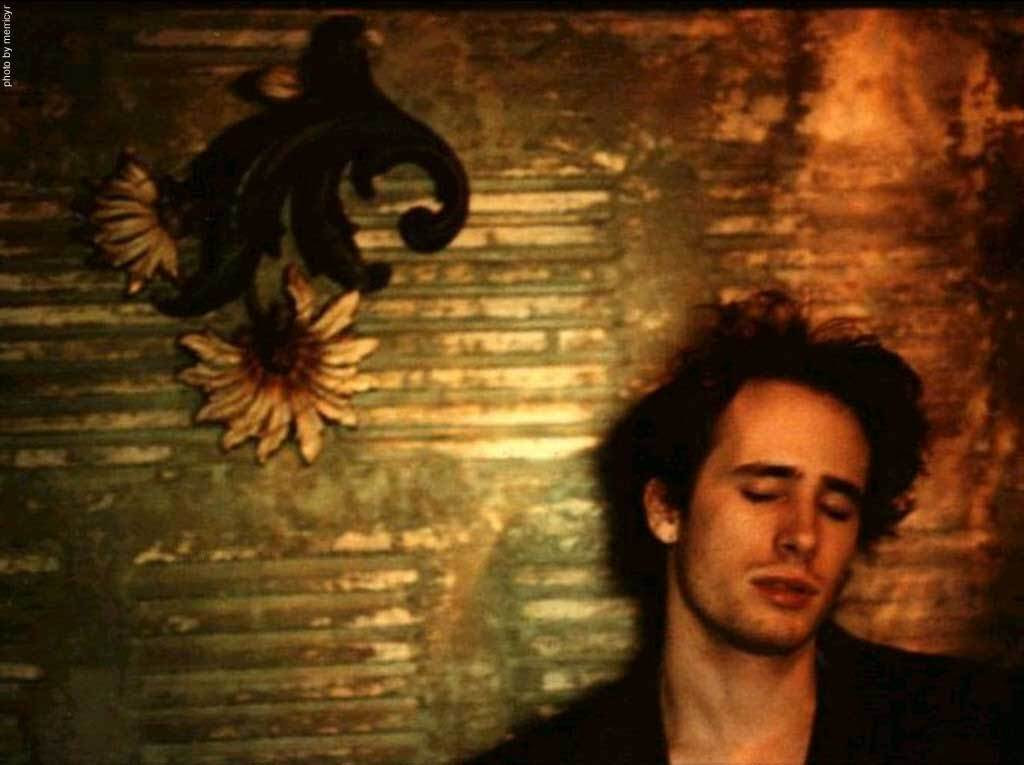 I first came across the creative wiles of Jeff Buckley in 1995, a year following the release of his one and only completed album, Grace. I first heard "Last Goodbye" from the album, a pensive but optimistic track that has long been my favorite song of all-time. Jeff Buckley, born Scott Moorhead, is the son of legendary singer/songwriter Tim Buckley, who had been an absentee father to his son. Even though Jeff eventually took the surname, he shunned early advances from producers and record labels who wanted to cash in on his connection to Tim. Jeff was determined to make it on his own, and subsequently did, playing shows around the coffee house scene of Manhattan as a solo act. After achieving commercial success with the release of Grace, Jeff returned to the studio in Memphis, TN, to record his follow-up album, My Sweetheart, the Drunk. On a whimsical night out with friends and band members, no drugs or alcohol anywhere in sight, Jeff was caught in the undertow of a tugboat while swimming in Wolf River, a tributary of the Mississippi, where he tragically drown. Fans were devastated. I was in a record shop when I heard the news, and I promptly returned to a record shop when Sketches For My Sweetheart, the Drunk, the unfinished "sketch" of songs Jeff was planning to release, dropped on the public. At the end of 2019, In His Own Words, a chronicle of Jeff's diaries and doodles was released, which was I was gifted with for Christmas. It's sad to read, knowing he's no longer with us, but the book, and his albums, whether finished or not, are things I will always treasure as a die-hard fan. 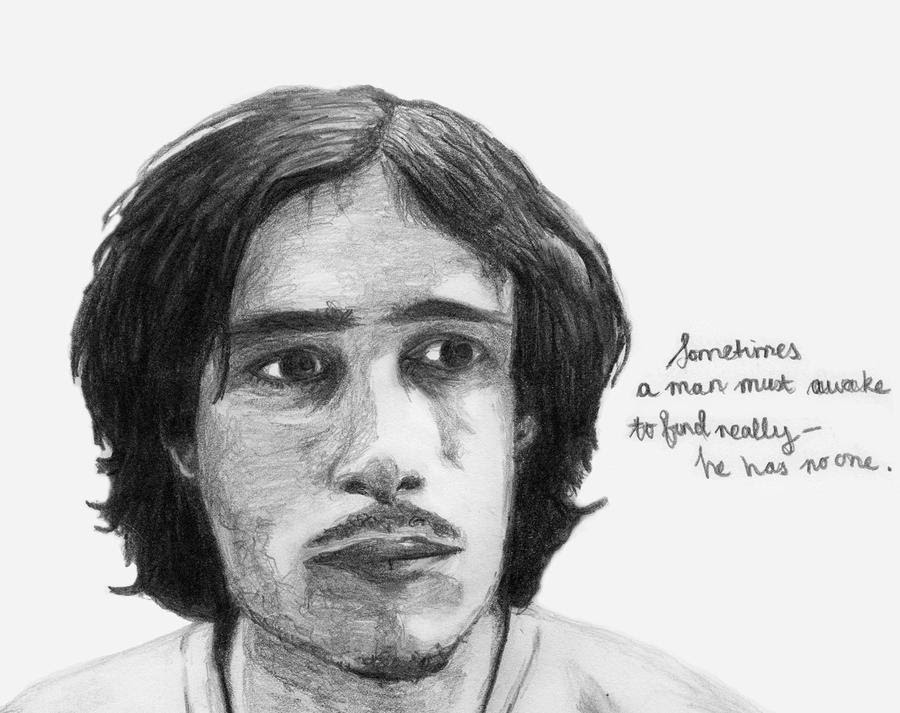 As an INFP, Jeff gave us a fleeting view of his inner world through his highly-descriptive, imagery-riddled songs. While he was an introvert, he was often goofy and completely in his comfort zone when performing in his element, much like I was when I dabbled in music for many years. Jeff embodied the feeling portion of an INFP, as did Keats, and I often refer to Jeff as a modern Romantic poet for the ages. Jeff was kooky and kind, soft-spoken but sure of himself in his abilities without being brash or boastful. He didn't just sing. He soulfully crooned, and he simply felt, transmitting his inner world to us so we could catch of glimpse of the highly unique person that he was. And strangely enough, Jeff resembled Keats, not only in soul, but in outward appearance as well. 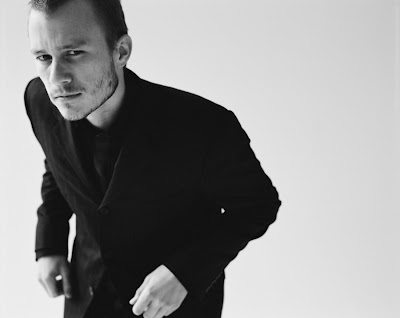 I first saw Heath Ledger in the 1999 romantic comedy 10 Things I Hate About You. He was tall and gangling, handsome and very Aussie, transferring into school as the new bad boy. I then saw him The Patriot, at which point I officially became a fan. Heath had a great look. He was highly awkward in interviews and was generally kind to everyone around him. I found myself drawn to his work, and so I followed his career right up until his tragic death, seeing him traverse the world for his friends in The Four Feathers, seeing him play an Aussie Robin Hood in Ned Kelly, and watching him go from priest to sin eater in The Order. His best role, and breakout role, was his next to last. He breathed new life into Gotham City's Crown Prince of Crime in The Dark Knight, giving us a certain Joker character we'd never seen before.

Heath died soon after, some say as a direct result of his role as the Joker. In preparation for the role, he locked himself away in the dark and really tried to fit inside the head space of the mentally decrepit character, even going so far as to keep a Joker journal. He was having trouble sleeping and found himself riddled with anxiety, so he crossed medications for both and died of an accidental overdose. Both The Dark Knight and his final movie, The Imaginarium of Doctor Parnassus, were released posthumously, with fans and critics alike lauding Heath for his remarkable performances. Heath was an up-and-coming actor, one of my favorites for the roles he chose, for his performances, and for his dedication to being who he was in a profession that often morphs people into something else entirely. Heath is the third point in my triumvirate of INFP champions, and I will always watch his movies fondly, especially The Dark Knight, and Doctor Parnassus, in which Colin Farrell, Johnny Depp, and Jude Law resumed the character he was playing when he died, and subsequently donated their paychecks to Heath's infant daughter, Matilda.
Posted by Will at 4:50 AM