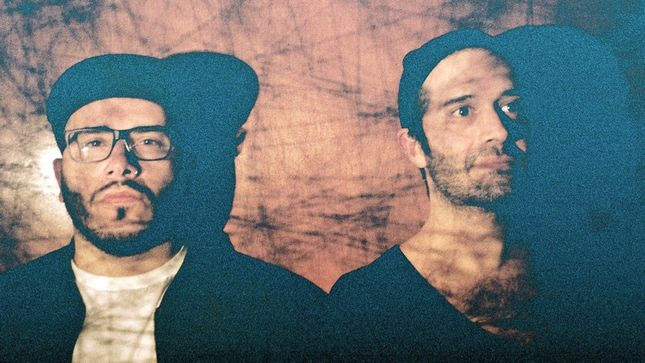 After a lengthy, and do I mean lengthy hiatus, Glassjaw has officially returned with their first LP in 15 years. They've been teasing us off and on throughout the new millennium with promises of tours and singles and promotions, though die-hards like myself have been waiting patiently in the wings for the real deal. The new record, "Material Control," is Glassjaw in its purest form. It's a familiar return to belted out choruses morphed to sporadic, feral screams and meticulous guitar work that would make Stevie Ray Vaughn a jealous man. It's a familiar return for childhood buddies Daryl Palumbo and Justin Beck, who are the only original members to return for the new incarnation. In this post, I seek to celebrate the band's discography, and to pay special attention to the newest release - the pinnacle after the arduous climb. 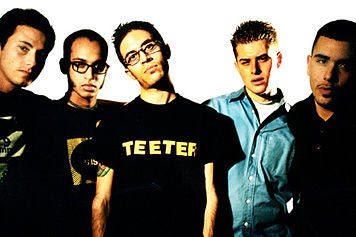 The boys burst on the scene with 2000's "Everything You Ever Wanted To Know About Silence," a raw, true-to-life output that placed Glassjaw firmly on the map. The problem was, they were something sort of like Paris, Texas. Their first landing spot label-wise, Roadrunner Records, was a place that they didn't really belong. They were labelmates with Korn, Coal Chamber, Slipknot, Mudvayne, and Static-X. For those who don't already know, all of these bands fit into the sub-genre of Nu Metal, or Adidas Rock - which was a far cry from Glassjaw's sound. This caused a lot of mislabeling and stereotyping for the band, who were far better suited to share the stage with the likes of At the Drive-In, Finch, or The Used. Their debut was screamo enough, while avoiding the whininess that often accompanied screamo music. "Everything You Ever Wanted to Know About Silence" was brutal and melodic, an autobiography into the life of lead singer, Daryl Palumbo. Songs like "Babe" ripped your head off and spit down your throat. Tracks like "Her Middle Name Was Boom" were pretty and nearly lullaby-like, while "Lovebites and Razorlines" successfully captured the essence of both heavy and soft.

In 2002, Glassjaw released their follow-up, "Worship and Tribute." While "Eveveryting You Ever Wanted to Know About Silence" was framed around scorned love and extreme isolation, the sophomore effort was a little less emo and little more lyrically obscure. Daryl had definitely matured by the second album, and had had the time to get over the Tiger, the femme fatale who fueled his rage on the first record. The track that is the easiest to understand is "Radio Cambodia," in which Daryl tackles the atrocities and intricacies of war. He does make a few nautical references on "Trailer Park Jesus" and "Two Tabs of Mescaline," in which he respectively croons, "I jumped ship into a burning cell, atom bomb," and "Sailor, safe."


In the years that followed, obscure tracks like "Convectuoso" and "The Number No Good Things Can Come Of" floated around all the downloading docks of the internet, both of which conveyed a softer side to the boys. The latter, posted to the right, is one of my favorite tunes of all time. It features a stripped down version of the band, with only Daryl, his piano, and a tame set of drums. The band released an EP in 2011 called "Our Color Green," which was more akin the works on "Worship and Tribute" than their debut release. During this time, Daryl also spent a pretty fair amount of time with his side bands, Head Automatica, and the cryptic hardcore troupe, United Nations.

Sometime between 2015 and 2017, Daryl and guitarist Justin Beck got together to jam again. That jam session resulted in "Material Control," the band's first LP since 2002, in which they enlisted a bass and Dillinger Escape Plan drummer, Billy Rymer. The first track on the album is "New White Extremity," which was their first single - one that certainly had hardcore fans abuzz. I figured that Glassjaw must be about to put something out in terms of a new EP or LP, a reward to whet our appetites after so much time away. "New White Extremity" is a great opener to the album, which tells me that in his time away, Justin Beck has been listening to a lot of Every Time I Die - another personal favorite. While Daryl Palumbo will go down in history as one of my favorite vocalists of all time, it's Beck that really makes this record pop. The guitars are gritty and meticulous and unrelenting, avoiding hardcore tropes for the subtleties of the genre instead. Beck channels Every Time I Die ax men Andy Williams and Jordan Buckley in the breakdown of the song. He links one riff to another with clever little guitar spasms that come off like a carefully constructed moments of improve. Daryl's distinctive voice soars over a plain of guitar chops and pounding bass licks, projecting a slew of rhythmic brutality. Fair warning. This track will do nothing to cure your anxiety, but if you feel the need to psych yourself up or to break something, turn it up, and turn it up loud.

"Shira" carries on much like the verse of "New White Extremity," with choppy guitar licks and a descending bass line. This, along with "New White Extremity," is one of the better tracks, capturing the band's 2002 sound. The verse is searing and all business, while the chorus comes in melodic and familiar. Toward the end of the track, Beck comes in with another familiar element - a guitar riff nearly taken straight from the debut album standout track, "Siberian Kiss." "Shira" successfully meshes the best elements of Glassjaw's first two LPs as a reminder that they're still indeed Glassjaw, and they still remember their roots pretty well.

"Golgotha" is dark and dismal, channeling the "Worship and Tribute" track "Stuck Pig." On it, Daryl cynically croons, "I'm not a betting man, but if I was, I'd have my money on you." He boots up the feral screams of old here, while the drums pound relentlessly and bass climbs and descends with precision. The album is also sprinkled with experimental tracks like "Strange Hours," "Bastille Day," and "Material Control."

Melody is found few and far between on the record, though the last track, "Cut and Run," takes the listener out with a sense of levity after the blistering track, and the blistering album at large. "Material Control" boasts a considerable amount of aggression, more so than "Worship and Tribute," but not quite as much as "Everything You Ever Wanted to Know About Silence." Bands should never really give us the same thing from one album to the next. The only times I've seen this successfully pulled off was with Dredg's "El Cielo" and "Catch Without Arms" albums, and Beach House's "Depression Cherry" and "Thank Your Lucky Stars." Maturation and the intake of new influences, artistic or true to life, can certainly change the trajectory of a certain style or sound.

"Material Control" is a solid return to the music world, a reward for the true fans after so many years of dedication and support. Daryl and Justin are original members, and even though the other three originals aren't around for the new effort, it's still a long-awaited taste of the real thing. Beck's guitars are careful and chaotic, and while Daryl's vocals are a little muddied up by the production, they work for the overall around sound the band was trying to achieve. I'm still digesting the 12 tracks of "Material Control," so I'm sure that more will grow on me in the coming days. It's just good to have the band back with a brand new bag, especially when it's been crafted this well for a band that hasn't put a record in 15 long years.