I've been trying to stay busy this summer. One thing I've found time to do is get my DNA tested through Ancestry.com. I knew that I was Swedish, Irish, maybe Scottish, probably English. I even thought I was Norman French at one point. From the research I'd done on my paternal last name, Ballinger, I'd found that it had originated in Normandy under the rule of William the Conqueror. I was shocked when the results of my test came back to me. The largest percentage of my DNA turns up 44% percent German. As it turns out, Ballinger has its own German meaning and pronunciation. I have a map that goes with my results, showing the cities where I have DNA matches. A point of exit from Germany stemmed from Balingen, the town from which my ancestors took their surname before sailing to Pennsylvania, New York, and New Jersey in the early 1700s. Balingen is picture above. Seeing its Google images reminds me of the movie In Bruges, quaint and fairy tale-like. I'm sure it didn't seem this way for my ancestors, attempting to flee centuries of religious war and famine. From the 1700s, I have ancestral links to the cities of Hamburg, Hanover, Kassel, Dresden, Mannheim, Frankfurt, and Heilbronn, just to name a few. 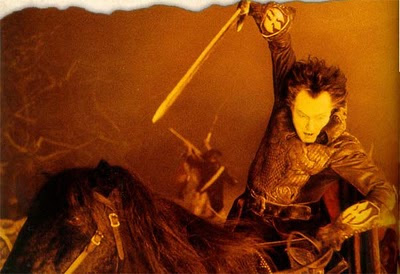 The most significant location is certainly Kassel, or Hesse-Kassel. Sometime just before the Revolutionary War, German mercenaries called Hessians were paid by the English to fight for them against the American colonists. Some of these Hessians, who were professional soldiers, were called this because of their roots in Hesse-Hanau and Hesse-Kassel in central Germany. During the mid-18th century, 1 in 4 people in Kassel was a soldier in its army, similar to ancient Sparta. They were a military state. Not only did my ancestors live in Kassel, but they departed to America from there as well. According to Ancestry.com, over 5,000 of the Hessians decided to stay in America following the war as an escape from military service. Some of these Hessians decided to make a new life in the mountains of Tennessee. Attempting to adjust to a new land, many were forced to fight for a living. My paternal grandparents were rural sharecroppers, which just shows how one struggling generation translated to the next.Tim Burton's Sleepy Hollow romanticized the Hessian soldier, morphing him into the titular Headless Horseman. My ancestors from Heilbronn and Stuttgart were later hijacked on their way to Pennsylvania on the order of Virginia's Lieutenant Governor and forced to work as indentured servants in his iron and coal mines. The second largest chunk of my DNA is 40% Great Britain (England, Scotland, Wales). Those ancestors also started coming over in the early 1700s, from English cities like Manchester, Liverpool, Lichfield, Leichester, Wolverhampton, and Birmingham, Scottish cities like Glasgow, Edinburgh, Aberdeen, and Inverness, and Welsh cities like Ysbyty Ystwyth, Ystrad Meurig, and Ystrad Fflur. Though they speak English now, Wales maintains its Celtic roots in its city names. All the names are in Welsh, a language very similar to highly non-phonetic Gaelic. As for England, I now live in Birmingham, AL, a city created to mimic the steel city of Birmingham, England, where I have heavy ancestral roots. Most of the 40% is between England and Scotland. Scotland also shares with my 7% DNA reading of Ireland and Scotland - which tells that besides my DNA showing up in Dublin, most of that 7% percent is Scots-Irish. The Scots-Irish, a Protestant mix of Irish and Scottish, departed from Belfast in Northern Ireland. My maternal grandmother's surname was McDonald. This is the Irish spelling (as opposed to the Scottish one, MacDonald), though I'm sure lots of the Scots-Irish had Irish surnames. She used to sing the lullabies "Danny Boy" and "Loch Loman," which are respectively Irish and Scottish ballads. It makes sense that she was Scots-Irish, seeing as how she fervently sang both. The picture above is the flag of Northern Ireland. 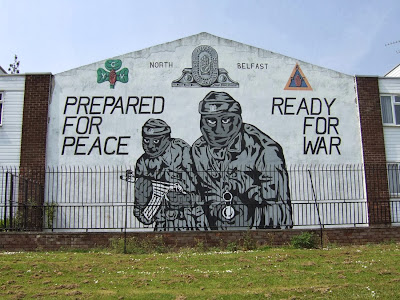 As for the Irish side, this is certainly from my maternal grandfather, whose surname was Kirven. The name originated in Kilkenny, west of Dublin. A Kirven, which means crow in Latin, married a McDonald from Ulster, or Northern Ireland, which is an interesting development. I have long been fascinated with "The Troubles," an ongoing conflict in the 20th century that pitted Northern Ireland against the Republic of Ireland in the south. The Catholic IRA (Irish Republican Army) was created to keep out the British from occupying Northern Ireland, whose residents were seen as loyalists to the British crown. The IRA fought countless skirmishes with the British army and UVA (Ulster Volunteer Forces). Their bloodshed cost many lives, including innocent people caught in the crossfire. I have several books on the conflict. My English and Irish ancestors came over long before the 20th century, but the southern and northern Irish roots in my bloodline make for an interesting development. 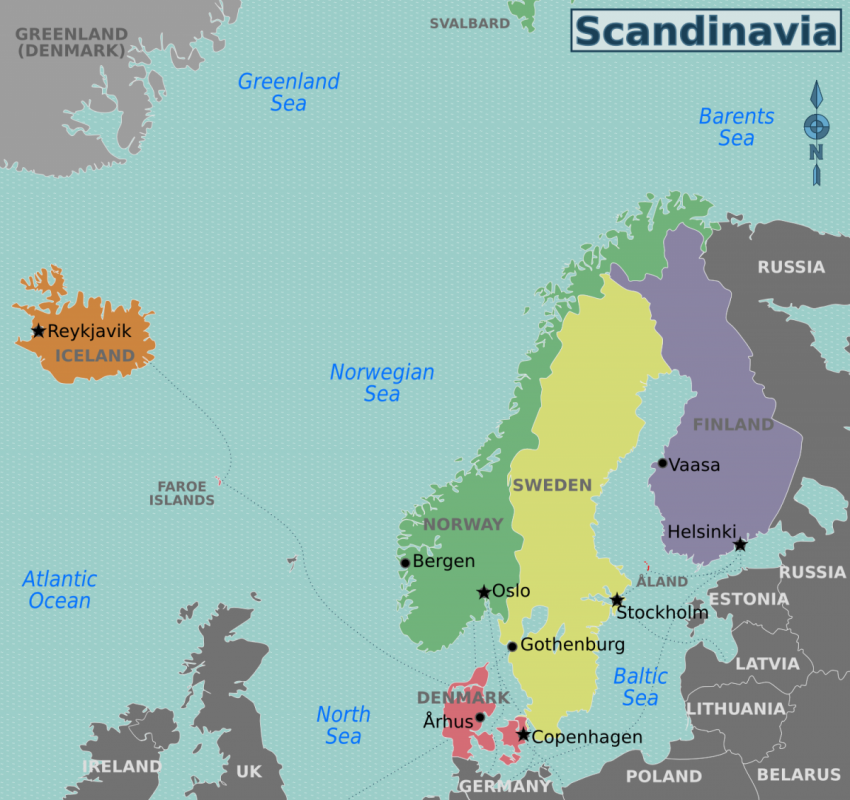 Here I am thinking I'm a descendant of Vikings (which I still may be). It turns out I'm only 6% Scandinavian (Sweden, Norway, Denmark). My Swedish roots, the ones I get from my maternal grandfather's side, are the ones I know the most about. My family tree consists of a slew of Bostroms, Samuelssons, Olofssons, Persdotters, and Svensdotters (dotter, meaning daughter). Unfortunately, not enough of my Swedish relatives have had their DNA tested. On my DNA map, Scandinavia is circled, though there are no cities highlighted to pinpoint my DNA activity. But apparently, my Swedish ancestors shared blood with Norwegians and Danish people, as the map shows all of Scandinavia, not just Sweden. My grandfather's grandfather, Otto Samuelsson Bostrom, immigrated from Backebo, Sweden to Virginia. Backebo is on the eastern coastline of the country, just under Stockholm and just a short distance across the Baltic Sea from Finland. My Scandinavian DNA map intersects with the west coast of Finland, which tells me some of my Swedish ancestors made their way to the Finnish city of Vaasa as well. 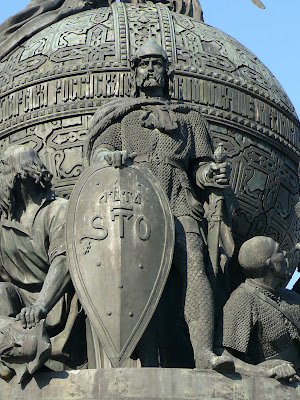 My smallest percentage of DNA, 3 % to be exact, comes from Finland and Northwest Russia. On my DNA map, Finland and Russia intersect with the coast of northern Sweden. Though it is very close to Scandinavia, Finland is not a Scandinavian country. Finland, like Russia, is a Slavic country. It shares linguistic and alphabetical similarities with Russia. Interestingly enough, Sweden has a little-known history with Russia. In the 800s CE, Vikings from Norway and Denmark made their way toward England, Scotland, and Ireland. The Vikings of Sweden, or the Rus, on the other hand, sailed into Russia along the Volga River. There, they traded with the disorganized Slavic tribes who eventually asked the Rus and their chieftain, Rurik, to provide them leadership. The Rus established several cities in the area, including Kiev, in what is now Ukraine. The country of Russia and Belarus are named after the Rus. Scandinavia intersects on my DNA map with not only Finland, but northwest Russia and the Volga River. It makes me wonder, though I can't confirm it, if I'm descended from the Rus. Above is a fun, informational video that I show my students on the history of Russia. To the right is a statue of Rurik in Novgorod. 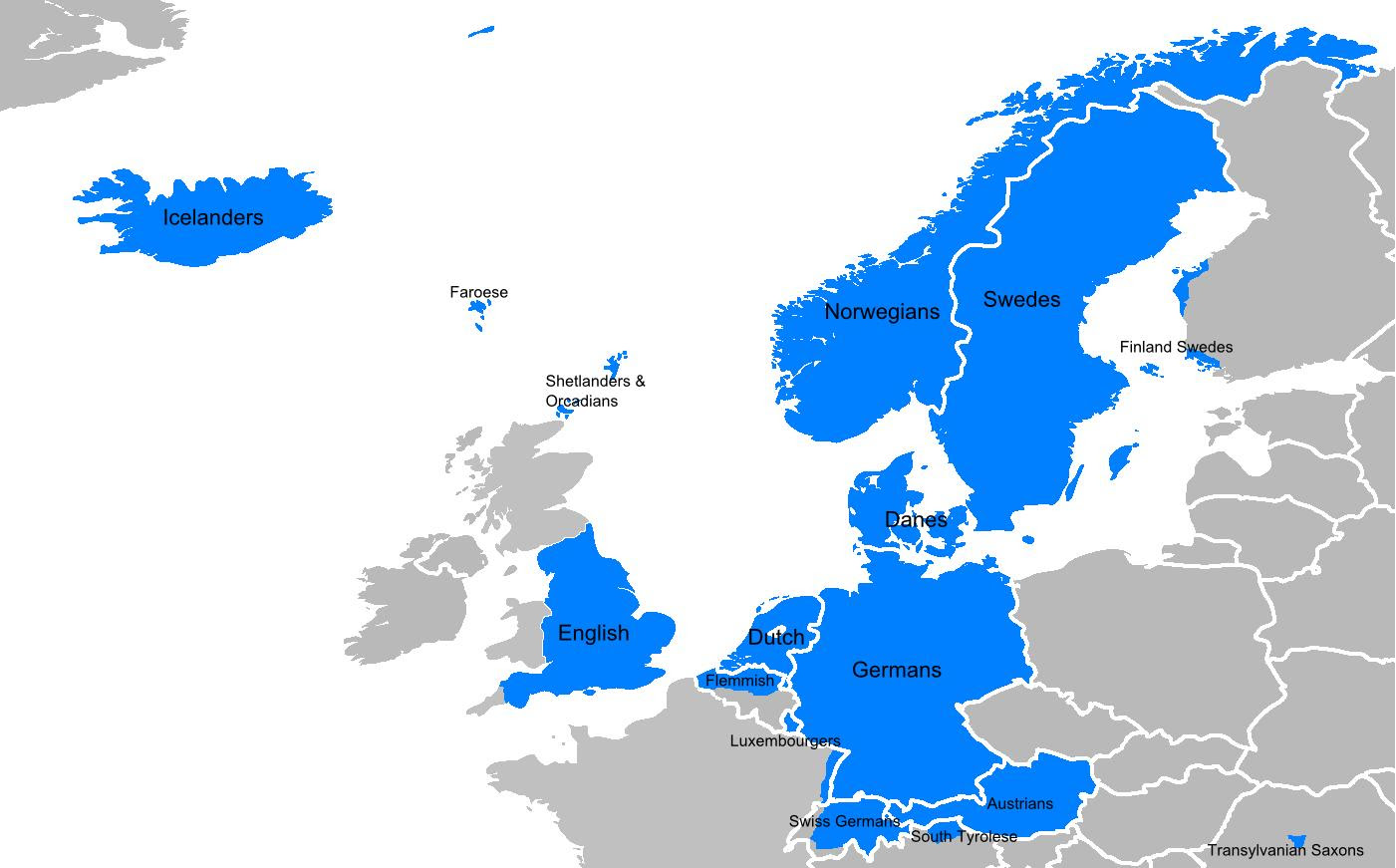 If I were to refer to myself as one particular ethnicity, it would be Germanic. Germans, Scandinavians, the Dutch (Netherlands), and the English are share cultural and linguistic similarities. Prior to the 1700s, which the DNA map does not account for, Germany, the Netherlands, and England were made up of barbarian tribes; respectively, the Goths (Visigoths and Ostrogoths) and the Anglo-Saxons. Scandinavia had its own tribes in the Norse. Latin gave birth to Italian, French, Spanish, Portuguese, and Romanian. Old English, which was spoken by the Anglo-Saxons who occupied Britain, was a West Germanic language. It more resembled what the Goths of Germany spoke, which was actually closer to modern German than what the English now speak. The Goths and the Anglo-Saxons shared linguistic similarities, which makes those tribes Germanic. Below is a map that shows all of the areas inhabited by Germanic peoples, including Scandinavia. It's nearly a mirror image of my DNA map.