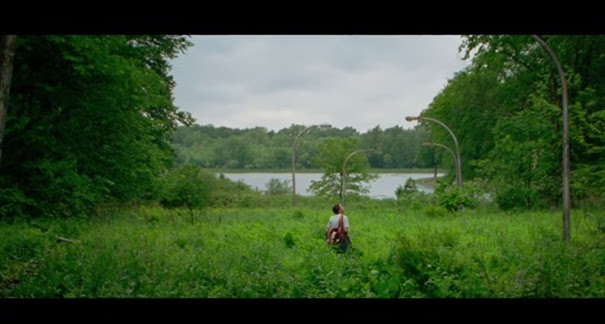 I just re-watched a movie I saw for the first time last year, Ryan Gosling's directorial debut, Lost River. The movie is not like many that have been made. It can be best described as a modern fairy tale, an urban fantasy in the midst of a lush, overgrown town that time forgot. Most of the characters go by nicknames, which are never clarified as being their nicknames. Most of the scenes are clad in lush, tall, green grass, with splashes of neon every here and there, just to remind us that it's Ryan Gosling, and that he's strong protege of Drive director, Nicholas Winding Refn. 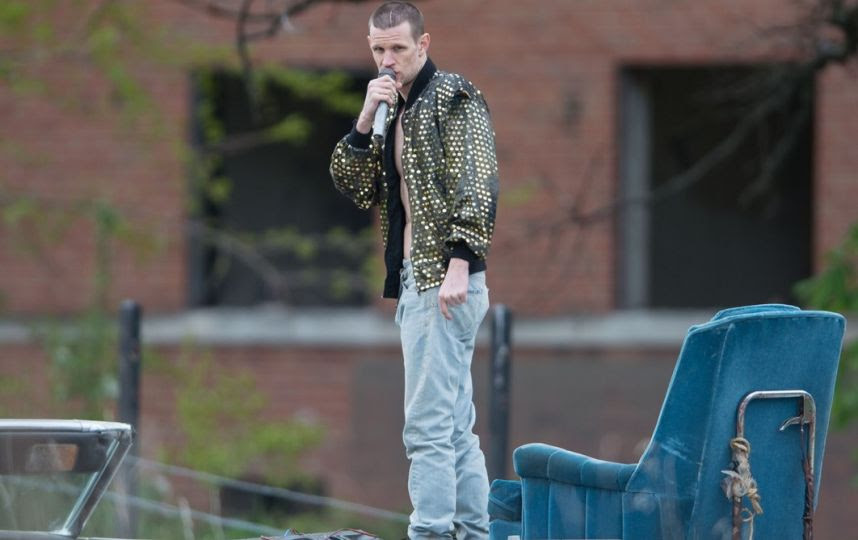 The movie stars Bones, a late teen fighting desperately to help his mother, Billy (Christina Hendricks), keep their home. Most of the neighborhood is being demolished, with city officials flooding one town after another to use as water reservoirs. Bones used to try to buy parts for his car, but more importantly, he's trying to save his house for his mother and toddler brother, Frankie. He goes around stripping all the copper pipes from the numerous abandoned buildings throughout the area. The problem is, the pipes have already been spoken for by Bully, who basically runs the town like a sadistic mafia boss, shouting his maniacal decrees from a microphone in his throned car. He has a chauffeur driver name Face, whom he has disfigured for failing to follow commands. And he's given the moniker Face after the disfigurement.

Bones soon comes across his neighbor, Rat (Saoirse Ronan), a dreamy, sweetheart amateur musician who lives with her catatonic grandmother. The grandmother used to live in one of the now flooded towns, but all she does now is watch her wedding video over and again on a repeated cycle. Rat tells Bones that her grandmother is under the spell of a curse that came with the flooding over the town, and that their own town, Lost River, feels like it's already flooded, as everyone seems to be on the verge of despair. Rat reveals that the only way to break the spell is to dive down and bring up a piece of the flooded town.

Meanwhile, Billy is fighting her own battle. Her home is about to be foreclosed on by the bank with the mortgage having fallen behind, and the powers that be are about to make Lost River another reservoir. She pleads with the duplicitous bank manager, Dave, who turns her down, but offers her a job instead. She basically becomes his indentured servant, as she is introduced into a world of grotesque live performance show, where thrills come in the form of fake blood and gory scenes of morbid fantasy. Cat (Eva Mendes) is the seasoned pro in the show, who plays only a minor role in Billy's burgeoning nightmare.

While Billy does what she must and struggles through her own travails, Bones and Rat have to deal with Bully who is hot on their trail. He tries to get at Bones by taking horrific shots at Rat, and it's not until Bones starts to believe in the curse that he decides to do something about it. We're never told whether the curse is broken or not, but we're certainly left to assume so, with Bones standing his ground and retrieving the sunken relic from the submerged town over.

Bones and Billy finally stand up to their bullies in the end, making for an ambiguous but satisfying ending. Though Lost River was a critical bust, I really enjoyed Gosling's directorial debut. His style lends itself to Refn, which makes sense, seeing as how the two are best friends. They collaborated on Drive and Only God Forgives. Lost River surely shares some of the same DNA with those movie in its indie sensibilities, pulsing electronic soundtrack, and lush cinematography. The world of Lost River could almost exist in the real world, but not quite. This adds to the fairy tale aspect that sees looming spells broken by outstanding acts of heroism, the same plot schemes we see in the stories we were read as children. Billy upends Dave at roughly the same time that Bones stands up to Bully, which only goes to show that the spell/curse was indeed broken in the end. I look forward to more from the Canadian hearthrob Gosling, as his is a style I would love to see more of in Hollywood.