The Devil in the Details

The Netflix original film, Errementari: The Blacksmith and the Devil, comes off more like a cautionary tale or a lost fable than a mainstream movie choice. While Netflix offered it up in a dubbed-over English, I chose to watch the film in its original Basque language, in itself a unique mix of Spanish and French, but linguistically independent from both. The film comes off as part Pan's Labyrinth and part Brothers Grimm, a sordid art piece taken from the annals of Basque folklore.

Nineteenth-century Basque Country is a mysterious land filled with rolling hills, picturesque streams, dank taverns, and of course, the Carlist War. This is basically a Spanish civil war, pitting those loyal to Maria Cristina, the wife of King Ferdinand VII and Queen Regent on behalf of their infant daughter, against the Carlists, supporters of Carlos V, brother of Ferdinand. Much of the skirmishes landed in the backwoods of Basque Country, where our story takes place. This little-known piece of history provides the backdrop for an otherworldly piece of folklore, similar to something we at some time or another were read in our childhoods. Much like Pan's Labyrinth, Errementari takes place in midst of a Spanish civil war and offers up supernatural, demimonde delights for an enraptured audience. 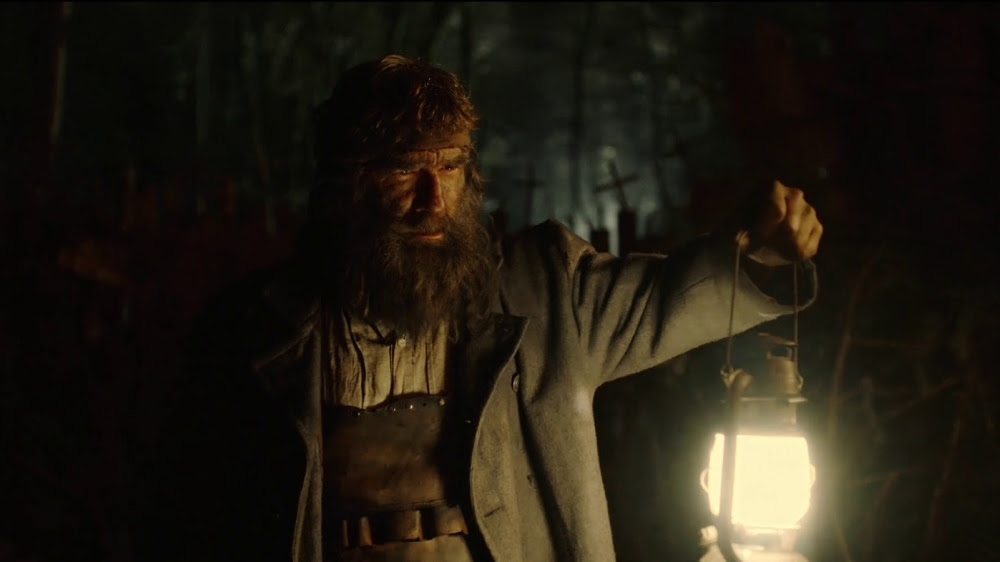 The story follows the Blacksmith, an infamous, mysterious man, otherwise known as Patxi, who lives burrowed away in the thickened woods of the territory. He once killed one of Maria Cristina's officers, which made him somewhat of a folk hero and a monstrous cautionary tale to his own countrymen. He's a living ghost story to scare the local children, their parents and the rest of the townies spouting tales of the tormented screams heard coming from the Blacksmith's domicile. The rural setting of the gritty, muddy countryside lends its grim mood and atmosphere to the story, filled with sad, tormented characters, each seemingly chained to their own demons. The whole of the Basque County is racked with strife in the wake of the civil war, making it difficult for any of the flawed characters to find any sort of joy.

When government officials are sent out to round up the Blacksmith for his murder some year earlier, we're given a glimpse at his abode. It's an alarming hollow he's constructed for himself, consisting of splintering wood, rusty metal, spikes, chains, animal traps, flames, and iron crosses. The ramshackle fence is riddled with the international symbol of Christendom, which begs the question - what form do Patxi's devils take on exactly? The government troops are buffoons, but when they attack the Blacksmith in his home, they walk away from the skirmish with the severest limp. The Blacksmith doesn't want to be bothered, and repeatedly warns the men to leave before the carnage ensues. This essentially leads us to our heroine, the young Usue. Both the names Patxi and Usue are hardly Spanish or French in origin, which shows just how unique the Basque language and culture is despite its border-straddling location. 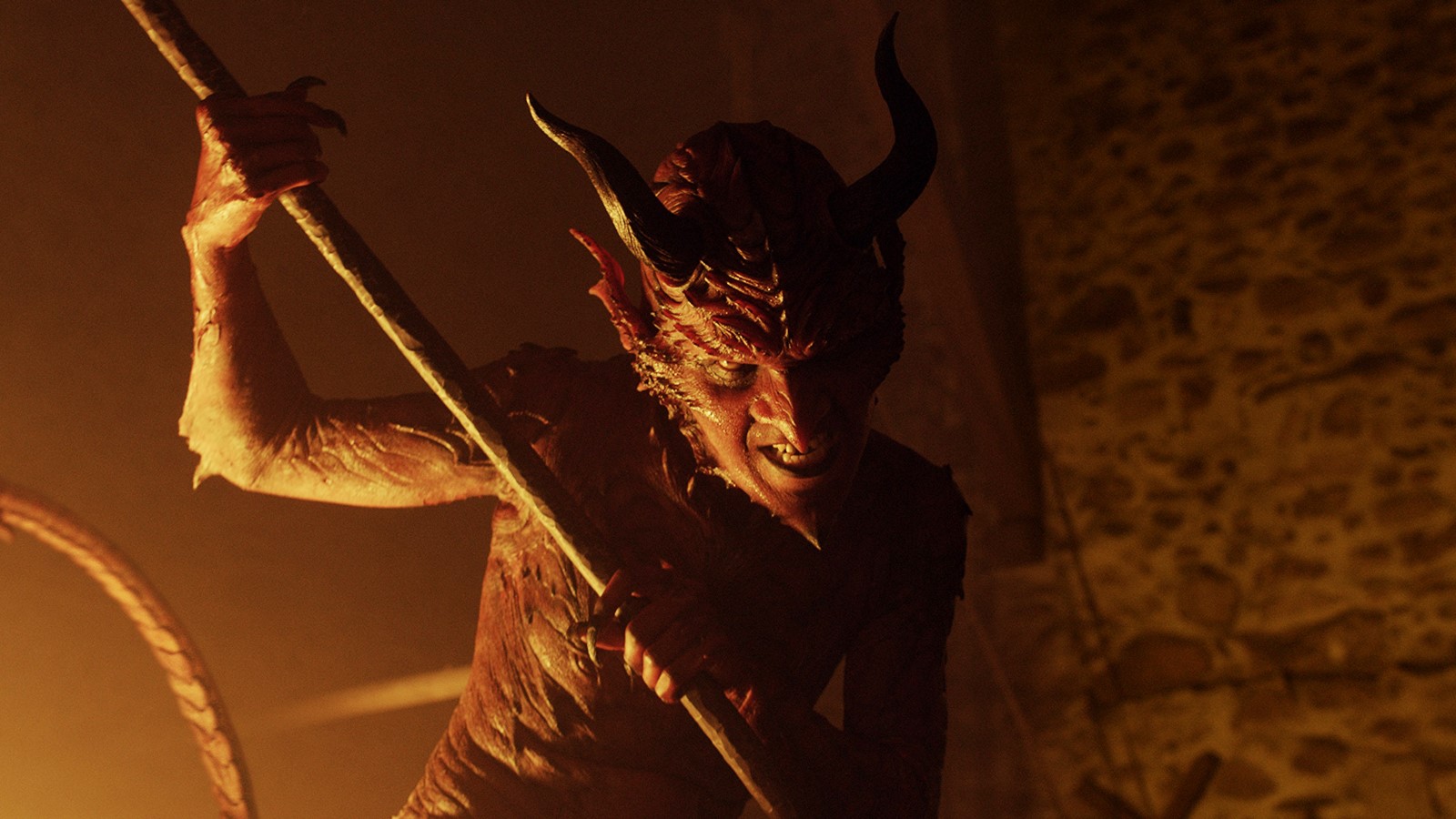 Patxi's devil isn't exactly THE devil, but a demon by the name of Sartael. He's low on the totem pole back in Hell, especially now that he's being held captive by the grizzled Blacksmith, tortured and humiliated. Patxi owes Sartael his soul, but based on a tragic technicality, Patxi has refused to give up the ghost. Patxi blames Sartael for the death of his wife, and repeatedly tortures the shape-shifting demon for it. A sad, lonely, orphaned Usue eventually finds her way into the path of the Blacksmith after fighting with the local bullies, the ones who torment her in the wake of her mother's suicide. She never knew her mother, a circumstance that connects her with the morbid, cryptic Blacksmith. Usue first crosses paths with him as he buries the body of an unfortunate government official. When she finds her way into Patxi's lair, she's tricked by Sartael into setting him free from his iron cage. Local search parties to find the missing girl soon ensue, as do more tragic deaths and visionary journeys into the depths of Hell. The Blacksmith goes to great lengths to protect Usue from evil, and they don't know until the end that they are connected by a local woman who hung herself in heartbreak. Sartael even turns out to be better than we all think, seeing as how he's taken an unlikely liking to the sweet, innocent Usue.

Errementari: The Blacksmith and the Devil is a gloomy, beautifully-shot masterpiece. We're given glimpses into the hellish lives of the characters, and even more visionary glimpses into Hell itself. Questions abound throughout the film about whether or not our characters' loved ones occupy Hell, and how they might be able to rescue the souls from the fiery abyss. Some even dare to brave the flames and the steaming tributaries themselves, facing their darkest demons head-on with the unlikeliest of weapons.
Posted by Will at 3:19 PM