Solid As a Rock 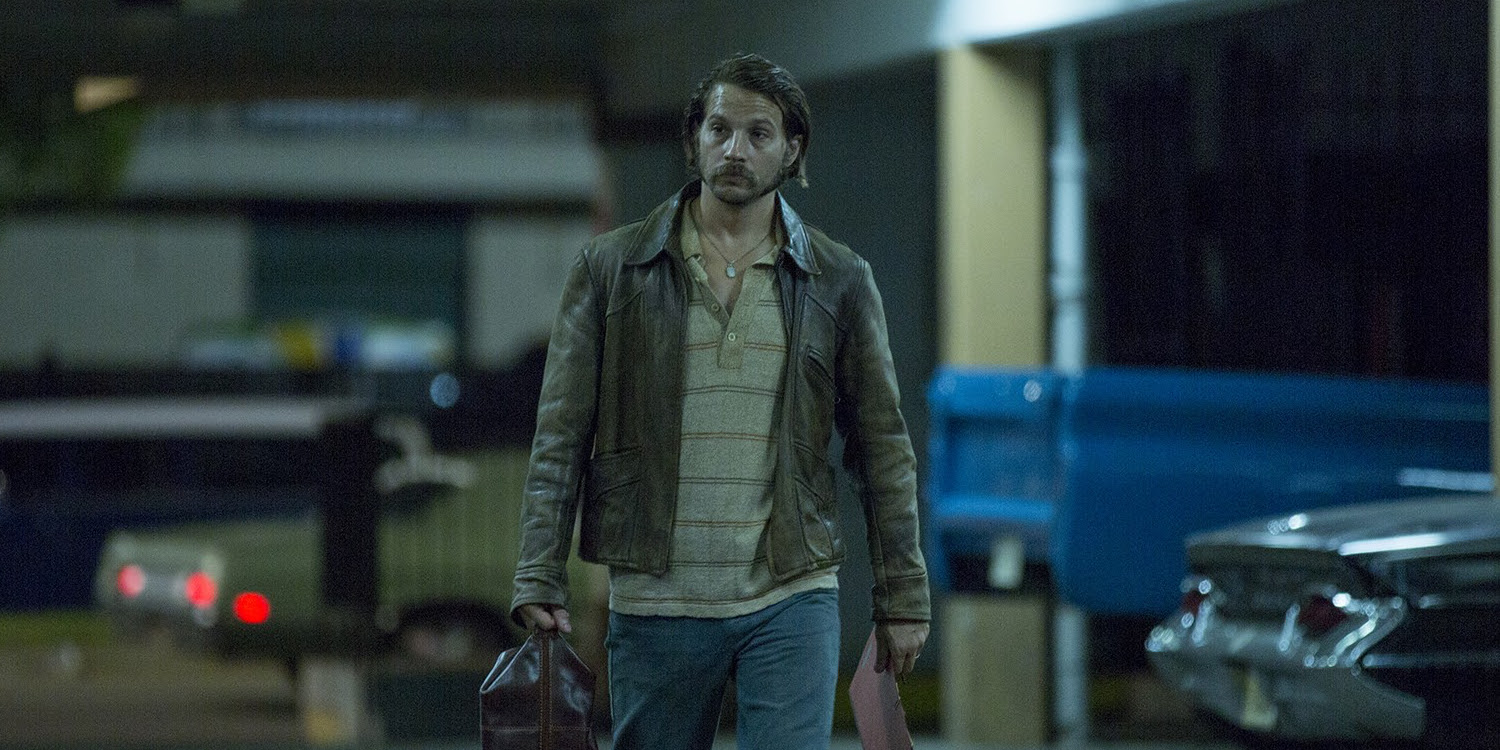 It happens to all my favorite shows and I'm not sure why. Penny Dreadful: cancelled. Vikings: cancelled: Daredevil: cancelled. The Following: cancelled. Quarry: cancelled. Quarry is not an overly popular show across the spectrum of TV land, which is probably why it was so short-lived as a Cinemax series, based on the novels of crime writer Alex Collins. TV shows set in the '70s probably don't get a very long shelf life, but I coursed my way through this series the same due to its phenomenal acting, its compelling story lines, and its noirish, gritty crime element.

Quarry follows Mac "Quarry" Conway, played by Logan Marshall-Green (The Invitation, Prometheus). He is a Vietnam vet returning home to a Memphis, TN who, along with his friend, Arthur, is regarded  as a butcher. It's 1972, a time rife with social upheaval, making for a less than stellar homecoming for Mac. The only friendly face in an entire town is his wife, Joni, whom he surprises by returning home a day early to see. Mac knows he has to readjust to a society who despises his existence, and the only comfort zones he can return to are Joni and the outdoor swimming pool he installed himself before his deployment. The only thing missing, besides a stable job, is his prized possession Otis Redding album, which is strangely absent from his record collection.

Mac gets turned down left and right at one job interview after another, and is even shunned by his well-to-do father, embarrassed to be associated with a Marine son so embedded in such an unpopular war. Joni encourages him to keep plugging away, and he is soon approached by a cryptic figure called the Broker, played by Scottish actor Peter Mullan (Ozark, Braveheart). The Broker is essentially a hitman contractor, out to recruit the biggest and the baddest disenfranchised military veterans he can for his grisly work. The Broker has already recruited Arthur, a circumstance that pulls Mac into the gritty netherworld of organized crime. With a noble intent to stay on the straight and narrow, but an unbending allegiance to Arthur, Mac agrees to watch his friend's back on his first hit. As one might expect, things quickly turn south, Arthur is killed, and Mac is left to pay off the debt that Arthur accrued by failing to get the job done. As they meet at a quarry, the Broker refers to Mac as "Quarry" for his stone-cold persona and his rock-hard exterior. There are several hits the Broker wants Mac to complete, starting with one more near and dear to him that he ever thought imaginable. He is given the name and address of the man who has been having an affair with Joni while he's been fighting abroad. After he witnesses the heart-wrenching act of their betrayal firsthand, Mac confronts the man at his home, sprawled out underneath his car. To the sounds of the Otis Redding record that was stolen by the cheating slimeball, Mac kicks the jack from underneath the car, crushing the man to death

The first two episodes of the series are strong, tangled in the conundrum of crime and heartbroken love Mac feels for the unfaithful Joni. Finding their way back to one another emotionally is a slow and organic process, which makes for some melodramatic television. He resents her for her infidelity, and she blames his  return to Vietnam for a second tour despite his initial promise to her. This dynamic between Mac and Joni is the backbone of the show. The one person he felt like he had in the world has betrayed him, and the process it takes for them to find common ground again is grueling, filled with resentment, heartache, and volatility.

Through the course of the 8 episodes, we're introduced to hitmen and petty crooks, seedy gangsters and crooked officers, and live bands, who belt out their soul and rock 'n' roll choruses in the dive bars frequented by the show's criminal element. There are enough Vietnam flashbacks throughout the season to provide Mac with character depth, with plenty of social tension, political change, and PTSD to tie the early 1970s into a tight, blood-caked bow.

Another reason I really liked Quarry was because of Mac's extreme sense of duality. "Mac" is generally a ill-reputed Marine vet who society has cast away, struggling to make ends meet and reconcile with his wife. The minute he murders Joni's proxy lover, he shifts into the persona of "Quarry." Mac wants desperately to be the man he's always been, but the Memphis underworld embeds it talons deeply, forcing Mac to daily fight against himself. The show is a southern, 1970s adaptation of the duplicitous Jekyll and Hyde, where  leather jackets and handguns replace walking canes and top hats. I slowly made my way through the 8 episodes mainly because there were only 8 episodes. It was extremely difficult, but I try to make such a limited experience last as long as possible. The series conjures images of the Dixie Mafia, though the southern criminal organization is never directly called out on the show. The lowlife deviants make their money from hit contracts, fencing stolen goods, and using games and carnivals as fronts for their illegal activities. Mac concentrates on the former, following his Broker-appointed partner, Buddy, into a hail of gunfire. Buddy is a fast-talking, ballad-singing, underwear-flashing mama's boy who frequents such a heavy fog of deviant, illicit activity that he hardly knows which way is up. He's an interesting character, as is Broker right hand man, Karl, who looks like Jimmy Fallon disguised as a ruthless '70s gangster.

There is a lot to like about Quarry. It's tight on its social tensions and dark on its neo-noir. Mac and Joni's rollercoaster romance in both fun and difficult to watch, which makes for an overall enjoyable dynamic. Mac's duplicity is another interesting aspect. While he's already served as judge, jury, and executioner in the war, he proves good at it on the home front as well. The music sets the tone for the dark narrative, especially in the first few episodes with Otis Redding and Van Morrison crooning their way through the bittersweet scenes.