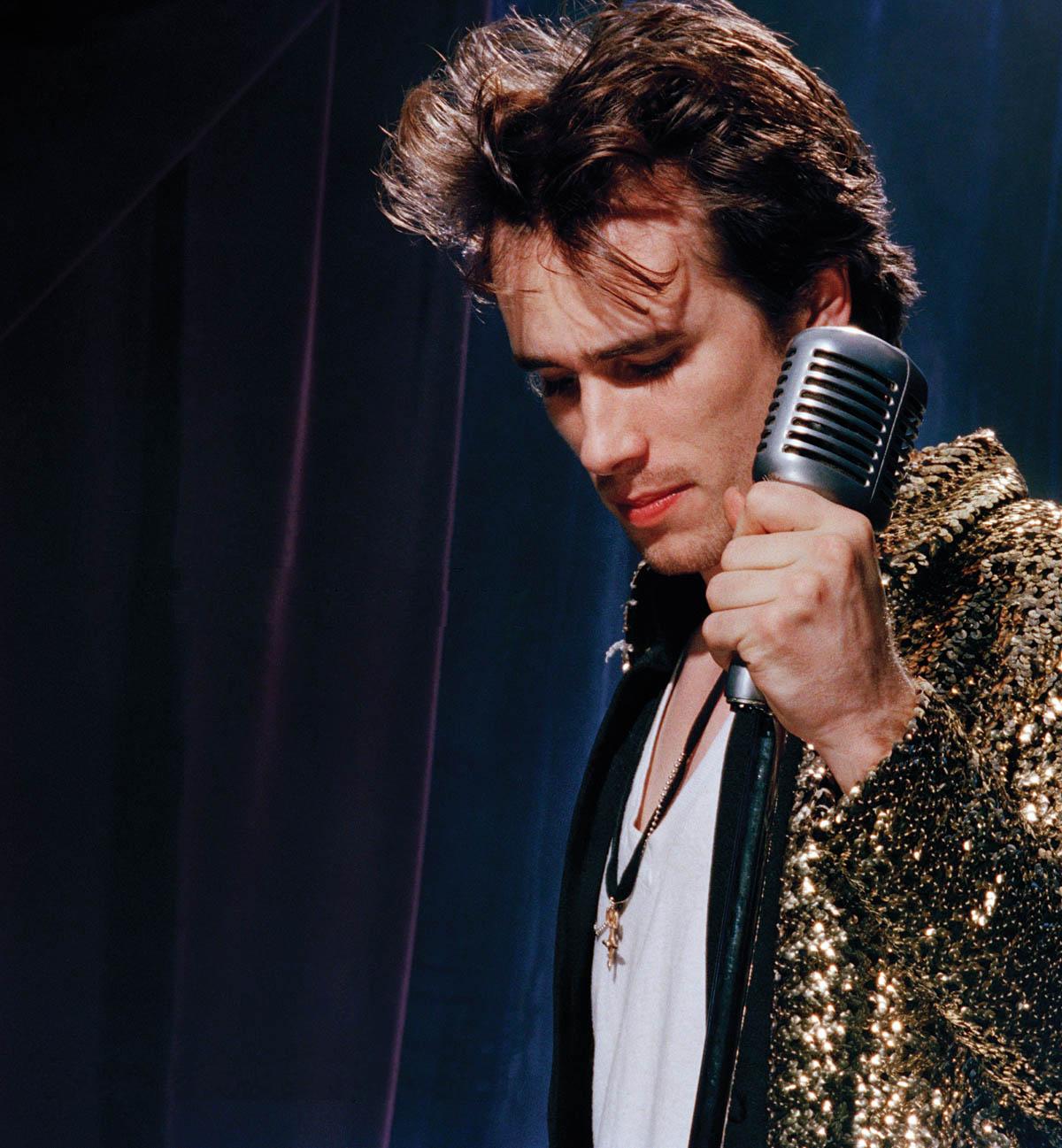 It's not a big stretch to argue that Jeff Buckley was a Romantic poet for the modern age. He had the playful bravado of Byron, the impulsive abandon of Shelley, and the optimistic duality of Keats. The liner note pictures on his debut album paint him as a true bohemian, unknown though confident, boasting a V-neck tee, a gaudy jacket, and an amulet strung from a lengthy necklace. Disheveled with decadence but brimming with soulful innocence, his storytelling ability was shown in his lyrics, likened to long-verse poems - verses like cadences, choruses like an idee fixe. Buckley was a true wordsmith, lines uttered like brushstrokes, painting pictures with the short stories unfolded throughout the 10-track album. Though sketches and live tracks and posthumous recordings were released following his death, Grace is our only snapshot of Jeff while he was alive, and it was enough to leave behind a legacy.

Track number one, "Mojo Pin," is about a dream, and it slowly fades into view as such. Jeff cranks up his croons early and often, fading in and out of play until his soft, subtle whispers ease into the fold. Jeff waxes metaphorical and romantic with lyrics about a muse with hair like "black ribbons of coal." Much like his heart, Jeff wore his influences on his sleeve, especially towards the end of the song, when he gathers steam for an emotive outburst, exploding into a Led Zeppelin-like frenzy of guitar hacks and feral vocal squeals. Jeff had a vocal range that was second to none, and while he demonstrated it throughout the entirety of the album, he started with "Mojo Pin" to ignite the flames.

The next is "Grace," a tune that picks a talented trek up and down the guitar strings before the bass and drums join to set the upbeat song into motion. The guitar lick is optimistic and original, mathematical and practical in one. Lyrically, Jeff dabbles into the great duality of life and death, a sentiment that forever ties him to the ill-fated poet, John Keats. I have long juxtaposed one alongside the other, referring to Jeff as the modern equivalent of the Romantic. Like Keats, Jeff's ironic lyrics imagined his own demise, reassuring "it's my time coming, I'm not afraid to die." His time was coming, and he tragically drown, just like Keats died of consumption. Both were far too young and brimming with a talent that wasn't fully realized until after their untimely passing.

"Last Goodbye" was my favorite song in the world for years and years, and it probably still is. It was the Jeff song that got the most airplay on my local radio station, and was the reason why I made "Grace" the first CD I ever bought in a time when cassette tapes ruled the day. It's such a unique song, as it paints a soundscape of a rare optimistic heartbreak, the joy in pain, a well-defined bass line over orchestral accompaniment and Jeff's dashing acoustic guitar in a bout of bittersweet rusticity. Jeff fondly remembers his lover, chiming "You gave me more to live for, more than you'll ever know," and "Kiss me out of desire, baby, not consolation." The break-up is ending on good terms here, unlike like the pining aspirations on upcoming tunes.

"Lilac Wine" is the first of three covers on the album. Some of the Romantic poets were known drinkers, and while Jeff spills hints of his excess with the track, it still manages to come off sweet and sincere. The first few lines are poetic and ultra aware of themselves, and while they weren't written by Jeff, he makes them his own. "I lost myself on a cool, damp night, I gave myself in that misty light, I was hypnotized by a strange delight, under a lilac tree, I made wine from the lilac tree, put myself in it's recipe, makes me see what I want to see, be what I want to be." The song paints him as a sensitive young alchemist, experimenting with his would-be love potion. The tune is a sweet little crooner for sure with subtle accompaniment from the drums.

The next track is "So Real," a feral lullaby with an off-timed, strange little chord progression through the verse. The song seems to allude to a dream, a theme Jeff tended toward along with his duality of life and death throughout the record. The track becomes noisy and wild by the bridge, just before Jeff reminds the subject, "I love you, but I'm afraid to love you," a line that sums up the odd ball charm the song ushers out. The video is even odder, dishing out a bit of fantastical irony for a track entitled "So Real." Jeff wears his influences once again, the verse chord progression bringing to mind "Kashmir" by Led Zeppelin. Jeff surely doesn't stick to that same format, as he soon soars into a fuller, more meaty chorus.

Track 6, "Hallelujah," is probably Jeff's most well-known song, a stripped down, lonely version of Leonard Cohen's original. The posted song is a slightly different version with Jeff playing in a live studio setting, but it sticks to the same glue that makes the album such a gem. His vocal range is the real musical instrument here, beautiful and angelic, innocent and unaware of the power it possesses. Most of the people I introduced to Jeff Buckley were done so through this song, and I suppose that makes it an unconscious attention-grabber even when there are other songs on the album that hold higher overall quality.

If "Last Goodbye" is my favorite track, "Lover, You Should've Come Over" is a close second, if not the best overall. The song begins unassumingly enough, with a lowly accordion crooning out a barrage of tiny melodies to give a brushstroke preview of the fuller tune to come. Jeff paints pictures with sorrowful, pensive lyrics, surmising what it would have been like had his lover come over, changing the outlook of their complicated romance. He's a young Romantic here, lyrics bringing to mind Keats and his would-be love, Fanny Brawne. "Too young to hold on, and too old to just break free and run." "So I'll wait for and I'll burn, will I ever see your sweet return, oh, will I ever learn? Lover, you should have come over."

Track 8 is a cover from an unlikely source. "Corpus Christi Carol" is a modern nod to a medieval church hymn, all brought by Jeff's choir boy range. Corpus Christi means Body of Christ in Latin, so the track certainly brings to mind votive candles and illuminated naves and religious ceremonies conducted throughout a dimly-lit cathedral. The unassuming hymn is really in a league of its own on the album, as the closest song in feel, "Hallelujah," lays out clearly its stark differences. Interestingly enough, "Corpus Christi Carol" was written in 1504, it's literally medieval schematic resurrected by the minimalism of Jeff's solo guitar. Listen with an open mind and hearts are soon to follow.

"Eternal Life" is probably the most relevant to Jeff's tragic, untimely death, but as a whole, it's probably my least favorite track, and the one that is the least Jeff. The album closes out on the haunting high-note of "Dream Brother," track number 10. There's a certain exotic, gypsy vibe to the song, tangled in minor notes and eerily elegant chimes until the chorus is ushered in. While it seems to be about a pair of proposed twins separated at birth, a few of the lines take pot shots at his absentee father, music legend Time Buckley. "Don't be like the one who made me so old, don't be like the one who left behind his name." Jeff had a strained relationship with his rolling stone father, and being that the only mention he makes of the original "Song to the Siren" crooner, speaks volumes here. 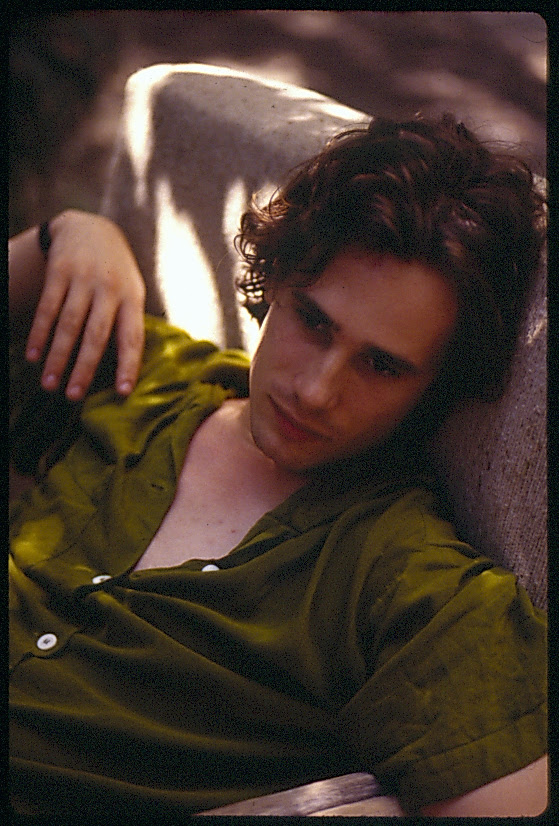 Grace is a greatest hits of a debut album. No one song sounds the same. Instead, we are treated to 10 tracks that each stand on their own, in their own genre with their own distinct feel. Usually I don't care for bands who do this, but all of Grace's songs break off into the many sub-genres of rock and indie fare, which still fits into the greater scheme of a game-changing alternative rock album.

In 1997, Jeff was laying down track for his new album, My Sweetheart, the Drunk, when he took a break from recording to swim in the Mississippi River. Much like the young, impetuous Romantic poet, Percy Shelley, Jeff mysteriously drown with no traces of alcohol or drugs in his system. Posthumously, Sketches for My Sweetheart, the Drunk was released, including 10 studio tracks, and 10 more 4-track "sketches." It was certainly an unfinished opus, but it remains beloved in Jeff's canon as a fleeting glimpse of his greatness on tracks like the social system overture "The Sky is a Landfill," the R&B slow jam, "Everybody Here Wants You," and the haunting, crooning a cappella offering, "You and I."

While the quality of the tracks touch down somewhere near Grace, there's no denying the debut album as one of the greatest ever recorded in the history of the music industry. Jeff developed a following in Manhattan and turned down the advances of his father's producers and record label in order to carve his own way. His voice is an instrument all to his own, climbing unreachable scales and soaring loud and long, frilly and unbroken, powerful and poignant, faultless and frail. I recently re-bought Grace, as I gave one copy away and lost the other in a move. I never need to be without the fragile comfort it provides, without its promising portrait left without its painter, without its poetry in motion.
Posted by Will at 2:38 PM