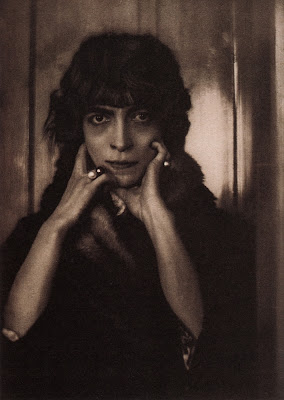 Throughout the 19th and 20th centuries, artists and poets acquired their own inspirations in order to create and complete their works. Inspired work seemed to be so much more powerful and meaningful by comparison, fueled by the extraordinary icons that partially gave birth to it. For better or for worse, muses breathed new life into the art they inspired, immortalizing them and casting them as goddesses, saints, and other fantastical entities.

Among one of the most famous of these muses was the Marchesa Luisa Casati (1881-1957). In some of her paintings and portraits, she appears feral and exotic, with wild eyes and whimsical tendencies, draped in the limelight she garnered from her multitude of suitors. Though she was married to an Italian Marchese, they lived at separate residences, allowing her to throw all night soirees in Milan and Venice, those in which she hosted the Italian elite with wild cheetahs at her side and live boa constrictors draping her neck. She captivated the hearts of artists and literary figures alike, claiming she wanted to "commission her own immortality." Robert de Montequiou, Romain de Tirtoff, Jean Cocteau, Cecil Beaton, Gabriele d"Annunzio (with whom she had an affair), and Michel Georges-Michel all made her their literary muse. Artists such as Giovanni Boldini, Paolo Troubetzkoy, Adolph de Meyer, Romaine Brooks (with whom she had an affair), Kees Van Dongen, and Man Ray immortalized her on canvas, painting her image in a vast array of poses and finery.

Casati was a true muse to the many men she captivated, a turn-of-the-century tour de force of the European bourgeoisie elite. Once the Marchesa found out who she was deep down, one of her primary goals in life was to be "a living work of art." She was certainly that with her extravagant costumes and her captivation of some of the most skilled artisans Europe had to offer. There was something about the Marchesa, and on her epitaph read a quote taken from Shakespeare's Antony and Cleopatra: "Age cannot wither her, nor custom stale her infinite variety." 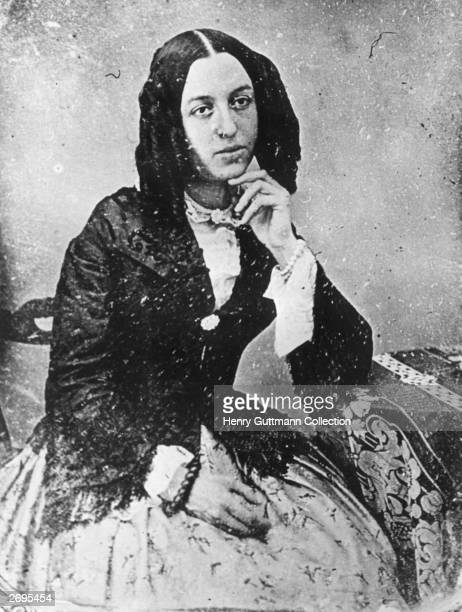 In a time when being a woman and being an extraordinary author didn't seem to go hand in hand, there was certainly Mary Shelley, but there was also George Sand. Sand was her nom de plume, as her actual name was Amantine Lucile Aurore Dupin. At the age of 18, she, like the Marchesa, married a man she didn't love, soon divorced him, and had a relationship with a young lawyer at the start of what she called a "romantic rebellion." She went onto a slew of relationships with nine different men, the most famous of them being with novelist Alfred de Musset.

In 1831, she and author Jules Sandeau published a collection of short stories, the two signing off on it as Jules Sand. She published her first novel, Rose et Blanc, in 1831 and wrote another in 1832 by the pen name George Sand. Fellow writer Alfred de Musset's 1836 novel The Confession of a Child of the Century was autobiographical, chronicling his relationship with Sand from 1833-1835. For the relationship to end one year and for a book about it to be published the very next means that he put its heart and soul into its completion like a man possessed. In 1837, Musset published Nuits (Nights), chronicling his intense relationship with Sand, from his early despair to final resignation. He also published a novel anonymously, Two Nights of Excess, an erotic lesbian effort in which one of the two characters is thought to be based on Sand. Musset wrote three novels based on his love for Sand in a very short amount of time. This type of enduring gesture saw to the 1999 French film, Children of the Century. Musset wrote of her, "Tell her that I love her with all my heart, that she is still the most womanly woman I have ever known." Perhaps in response, perhaps in a general statement on the many men she inspired, Sand is quoted as saying "There is only one happiness in life, to love and be loved." 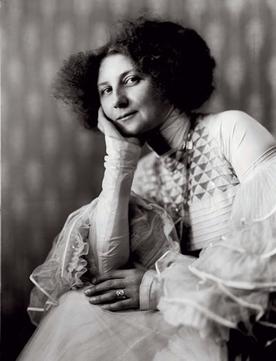 Gutav Klimt is one of the most underrated painters in history in my opinion, crafting a style that had never been done before, and has never since been duplicated. He frequently used the female form in a series of erotic poses, often placing his muses into the roles of historical heroines. One of those was Austrian designer and model, Emilie Louise Floge. Sources refer to Floge as the life companion of Klimt. When the painter's brother married Floge's sister, he spent summers at the family estate, a circumstance that only brought the two closer. His most famous portrait of her was before his gold period, but experts believe that his famous work, The Kiss, portrays Klimt and Floge locked in the painting's awkward, romantic embrace. 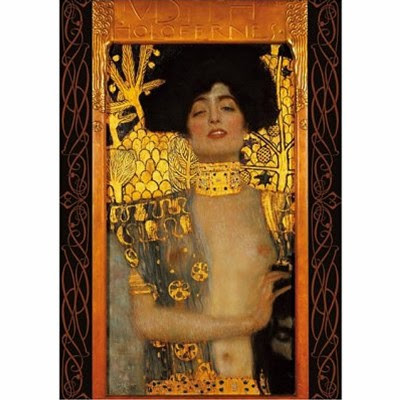 Klimt seemed to be ever confused by his relationships with his models. There seemed to be nuances with every one of them, those that kept the models as intimate parts of his life with complicated roles in it. Another of his more famous works, Judith and the Head of Holofernes, was an extension of, but a separate rendering from Caravaggio's and Gentileschi's original works on the subject. For it, Klimt used married model, Adele Bloch-Bauer, whose husband commissioned the painter to create five works portraying his wife. It's been surmised that Klimt fathered four illegitimate children, and rumors swirled that the distanced painter took on multiple affairs with his models. Whether this was the case with Bloch-Bauer, nothing can be set in stone. Klimt's rendition of Judith portrays a half nude model, wearing what one art critic called a "charge of voluptuousness and perversion." The expression on the model's face does come off this way, especially standing with a breast exposed, holding the head of the oppressive general Holofernes. The portrait is a perfect encapsulation of Klimt's golden period, and while Adele Bloch-Bauer and Emilie Floge were hardly the only models Klimt painted, they were certainly two of the most rendered to his canvases. 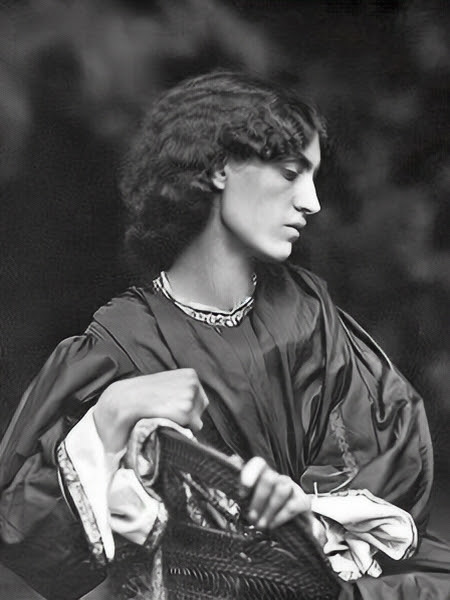 I was first acquainted with Dante Gabriel Rossetti as a poet. Turns out, he was much more revered as a painter of the Pre-Raphaelite Brotherhood, a small collective of artists, art critics, and poets formed in 1848. The group was looking to push the Mannerism style of the day past the mechanical influences of Raphael and Michelangelo. The Pre-Raphaelites were were about vivid detail and color, with founding member Rossetti's number one muse taking the form of Jane Morris. She defined the ideal of Pre-Raphaelite beauty with her pensive stares, her well-defined jawline, and her ample lips. Rossetti's later wife and fellow Pre-Raphaelite model, Lizzie Siddal, shared several commonalities with Morris. They were both the women of Rossetti's life, Rossetti painting Morris, the wife of his friend William Morris, exactly 20 times before meeting Siddal. 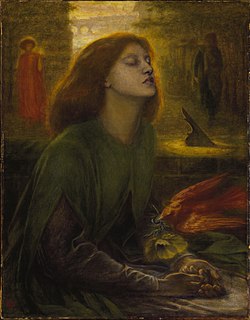 Despite Rossetti's ambiguous fascination with Morris, that all came to an end when he met Lizzie Siddal in 1850. For a decade, she was his greatest muse and inspiration, and in 1860, the two finally married. She continued as his muse until her death in 1862 from a laudanum overdose, following the stillborn birth of their child. Rossetti buried a slew of his unpublished works along with her, but eventually had them dug up in order to have them published. While this sounds a bit indelicate, several of the poems were written about Siddal herself, and he could have had them exhumed in order to honor her memory (that, or he was broke). Rossetti fell into depression and despair following her death, and the poem, "Without Her," possibly one of the ones exhumed from the grave, gives the most immediate account of life without his eternal muse.

What of her glass without her? The blank grey
There where the pool is blind of the moon's face. 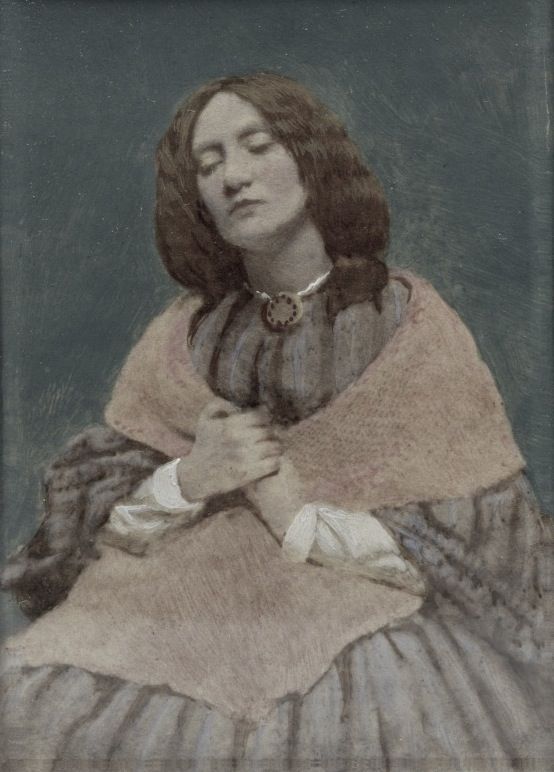 Her dress without her? The tossed empty space
Of cloud-rack whence the moon has passed away.
Her paths without her? Day's appointed sway
Usurped by desolate night. Her pillowed place
Without her? Tears, ah me! For love's good grace,
And cold forgetfulness of night or day.
What of the heart without her? Nay, poor heart,
Of thee what word remains ere speech be still?
A wayfarer by barren ways and chill,
Steep ways and weary, without her thou art,
Where the long cloud, the long wood's counterpart,
Sheds doubled up darkness up the labouring hill.

Some of the greatest muses the world has ever known, whether Italian, French, Austrian, or English, spurred some of the greatest works from the greatest artisans the world has ever known. The concept of muses are as old as the ancient Greeks, though the ones I chose to highlight realized their own powers of inspiration in the 19th and 20th centuries, throwing their delicate soirees and inciting their ideals of free love. Their inspiration gives us a snapshot of a time and place, and an idea that has long since been forgotten in the modern age, relevant most often in the medium of contemporary music. The great muse is an ideal that can surely wither with the passage of time and technology, though her shapeless form is one that is far from forgotten, her image captured on the dusty canvases and within the eternal lines of art, poetry, and literature.
Posted by Will at 9:34 AM