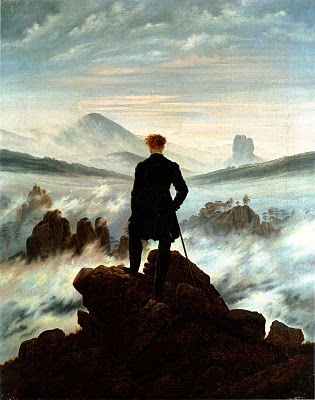 My exit from the music world seemed to coincide with my first English Literature class in junior college. The class, and history, which I am also passionate about, seemed to coincide as well as I learned about Romantic poets like Samuel Taylor Coleridge, Lord Byron, Percy Shelley, and most affectionately, John Keats. I had an excellent teacher, Professor Joczyk, who would praise my ideas in front of the class one day, but would give me 89s on all my research papers in order to push me to do better. She also had this policy about not missing class or she would flunk you. She made an exception when I went to Italy, telling me I had to visit the Keats-Shelley Museum in Rome (which I did).

Long story short, the class fueled my burgeoning fire for poetry. Professor Joczyk had given lessons on Byron and ideas of the "Byronic Hero" and the "solitary man." I sort of morphed myself into this persona, experimenting with my creativity, and soon, I wrote my first poem one night during a complicated time in my life. All of my poems, much like my lyrics, were based on my life, mixed in with whatever I was learning about or inspired by at the moment. 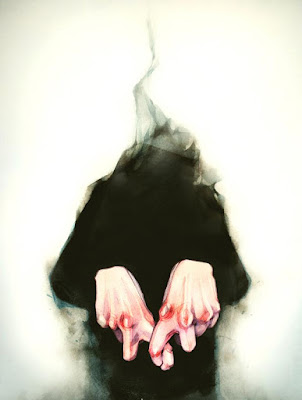 How do I love you? Let me count the ways.
Six possibilities, six chambers.
One out of six, spin, spin, sweet spinning,
Round, round, and round, where it stops no one knows.
Dark as midnight, perchance to cease,
This wheel of fortune turning surreal and all too hazy.
This is the darkest winter I have felt in years.
I am longing for the lovely tile,
To swim in a sea of crimson, shores of needles and razorblades.
I’ll be the ghost who creeps into your Bloody Mary bathroom mirror,
The albatross ‘round your ripened neck,
And I’ll look up at you, look in on you,
Look out at you from my smoking barrel in the dark.

Commemorate me Caesar of Rome, dictator for life,
Worshiped; roses and doves, feared and loved.
Hail to me provinces and vast empire,
Stretching across the continents to colonize the heathen.
The Tiberius’, Caligulas, Neros come in time,
But for now, this is a deity’s game, a four star name.

Coronate me Emperor of France, dictator of all,
Crowned; scepter and sword, monarch and Lord.
Award to me countries of worth, material goods of gold,
Josephines who never grow old.
Pay to me tribute, from pauper to prince, descended of gods.
For this is a soldier’s game, a four star name.

Crown me King of Versailles, incompetent and broken,
Revolutionized; nooses and forks, stocks and rocks,
The gallows await and I have brought them only cake.
Liberate, liberate! Screams and swollen pride,
Reduced to a punctured agony; a Bastille rightfully stormed.
Antoinettes who never die, Robespierres who draw nigh.
For this is fool’s game, a four star name.
All hail gods and guillotines, a requiem of libertines. 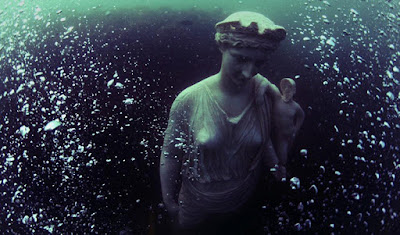 You are my abyss, you spawned this,
Nothing more than an obsession with the Gulf of Spezia.
Drip, drip, slip into slowly-filling lungs,
Then lift up my head and end this fantasy. 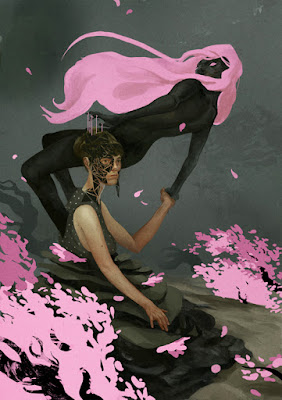 Your face launched 1,000 ships of mutiny.
Soldiers and warriors a ‘plenty came to rescue you from the aspic fangs.
I fell on my sword for you,
I was once adored by you.

Octavian’s armies and Achilles’ heels will not keep me from you.
Men will cry, servants will die, but I will endure.
We will live in infamy, cursing the Roman Triumph that follows –
Cursing anyone who dares to keep us apart.
I will die for you, I will kill for you.
I will kill us both to keep us together forever. 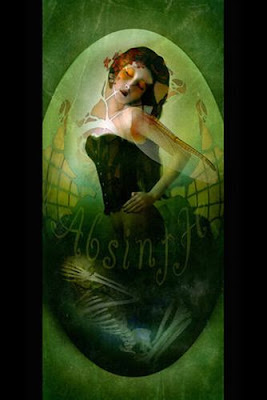 What myths and monsters paint the night
In hues of ghastly green and the absence of light?
Ghostly white, curdled with the essence of neutral tones,
Bones and skin and bloody knees, the beast finds herself appeased.

Erased from the face of the earth from birth.
Festering sore on the cheek of humanity,
I combat her vanity with a dripping prose,
Flipping her underworld free of all its flaming woes.

Stay the course, live among the light
Though the night is a jealous sprite, dealing only in death and spite.
Fight that Green delight until you find her absent her color,
Sobering valor shall resist her most horrifically shrill holler.

A new voodoo queen shall prowl this scene,
Laveau shall fade where La Fée shall incite parade.
A lavish spectacle, a Bacchanalia of fools
In which fairies and ghouls spawn bottles empty a’ plenty.

And if so vigorous a she-devil should fail to fall abashed,
Then hold still with teeth gnashed, awaiting the foul tempest to pass.
Drink her down, hold yourself still,
And blink not, righteous friend, while baited breaths draw nil.

I’ve been rehearsing tirelessly for my chloroform cabaret.
A debutante, a provisional professional,
Perfecting this craft on such daftly-short notice,
Munchausen by proxy, brimming with such gusto, such moxy.

Light on my feet, wiry and elusive,
Conducive to the atmosphere of opening night.
I have recited my lines, rehearsed my scales,
Perfected my pitch, acquired distaste for your rich.

I’ll be performing a cabaret, one like you’ve never seen before.
Cast me with actors and artists, lepers and harlots,
And still I will deliver a show-stopping performance,
A Jacobian tragedy to the tune of the whistling guillotine.

Stage fright will subside for crowd delight,
The bourgeois swinging from the rafters thereafter.
My rotting requiem, my banshee moan, my sardonic slewn,
My stifling wit and cat-like prowess will entrance them for hours.

Wrap your applause with the gauze of your fresh wounds
And assume the worst amidst my seething verse,
And assume the position in my crippling disposition.
Down with the noose of my hallowed gallows.
Nevermind the torches, the pitchforks,
Nevermind the genocide, the flies, the lies.
The show must go on, you see,
So let them eat cake while you shake off the stiff neck.

I’ve been rehearsing tirelessly for my chloroform cabaret.
I’ll burn down the estate with your fate well in mind,
As you stand in the line winding toward that great whistling blade,
I know I played my part to perfection for the revolution encore. “A Hero Must Rise”
A hero must rise.
When the sun descends, I begin where you end,
Crossing paths with my own shadow to battle my own demons.
In a town that fears sundown, I wear a crown of laurels
Composed of irony, and sympathy, and empathy,
Which was at one time my greatest superpower.

I walk the streets at night
When I should be at home, resting well on my bed of nails,
Surrounded by four walls riddled with arsenic and jagged teeth,
Complacent to abide alongside the creatures that crawl beneath.
My private Turkish prison, my Chinese water torture vacation destination.
There’s no place like home.

I walk the streets at night because a hero must rise,
Even if only to despise what he’s become, contented and comfortably numb.
This S on my chest stands for sadist, you know,
And I’ll make sure to save myself from you on my way back from the fake clink.
Here I come to save the day,
And to flay you all for ever believing in me at all.

“When in Rome, Do As the Comatose” 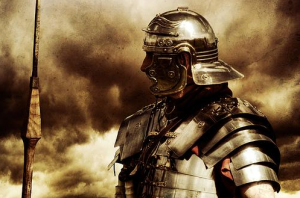 Buzzing like a swarming apparatus,
The status of this army is susceptible.
Like Septimius Severus, Caligula, Nero,
Roman heroes and tyrants form two zeros.
And we fly the figure eight
And seal a fate that is not unlike karma to our glorious lord.
Point our attack like a divine finger,
Like a lounge singer spitting daggers with her breathless swagger,

With swords drawn I’m a pawn
Of this crucified crusade, leaving me
A canonized, sainted witness
Of the battle among insects, and I’m their Caesar.

Feaster of the feasters among the festering
Honey-roasted combs of the Roman catacombs.
Like a martyr, I’ve fallen for the cause,
Though save your applause for the solder wrapped in gauze when he returns home.
I’ll see you all in Elysium,
Mars will guide you through the horrors of this foreign war.
Store your keepsakes and handshakes deep into the soil
Like my mortal coil, blessed in oil, depicted like a glorified gargoyle. 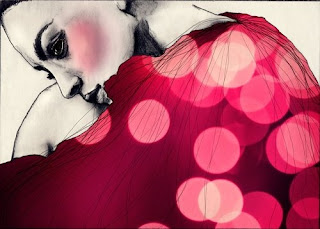 "Dirt Mall Mannequin"
My words are worth nothing until after I'm dead,
So here's to being famous.
Tonight, your name in your own lights,
Your fame ignites to full fruition.
I've reserved your name on the wall of fame
Because I wanted to make you a big star, baby.

You're the next big thing,
New York stars in small town eyes,
LA spin in olive skin.
Roar that feline growl just one more time,
Your grime covered by the limelight.

Mirrors and razor blades, the nightlife that never fades,
Now don't you go and lose your nerve.
Salut just one more time,
But keep the "T" silent so I die a martyr on it,
Crucified for your fame on it.

This life has chosen you,
I have helped you achieve this faux fashion. 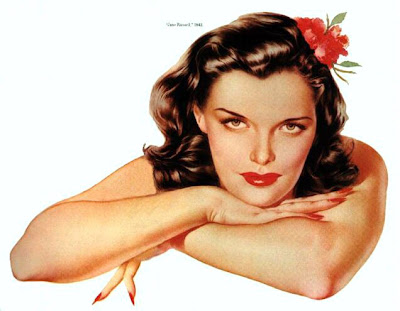 I am the Fiftiessensation, an inspiration
To all those who fall short of my capsized, cup-size catharsis,
Dragster scarf flapping at high speeds
On the high tides of silk, sweat, corset corvette.