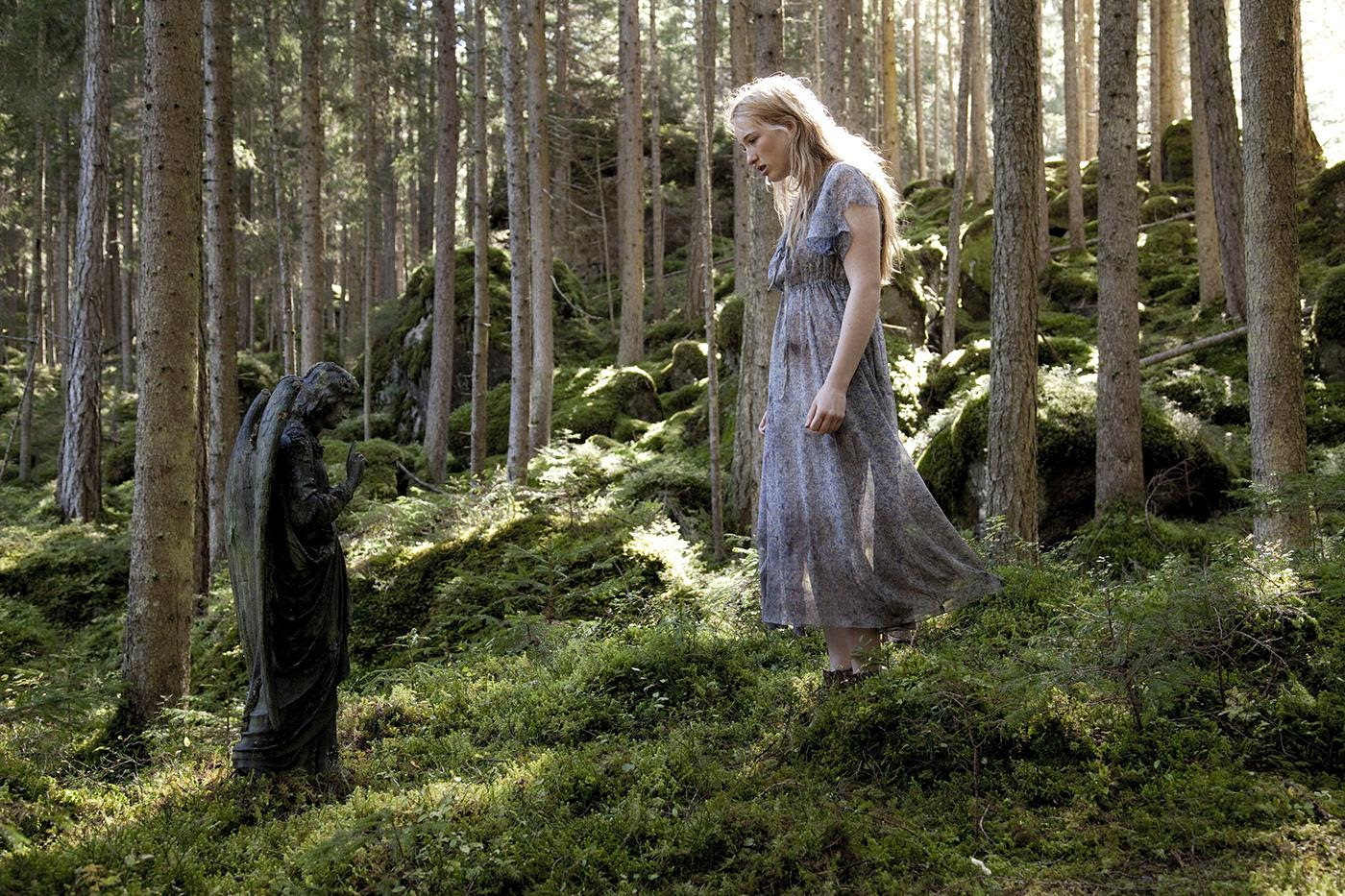 I have sort of a fascination with all things Scandinavian. Being that I'm Swedish-American, I try to follow the cultural contributions made by my brethren; movies, music, Vikings, Ikea. I recently happened across a hidden gem on Netflix called Autumn Blood. If you were to ask me about it, I would describe it as a Scandinavian movie made for an American audience. The actors either are Swedish or look Swedish. It's a unique film, The Hunger Games mixed with some obscure movie you might come across on the Sundance Channel one night. 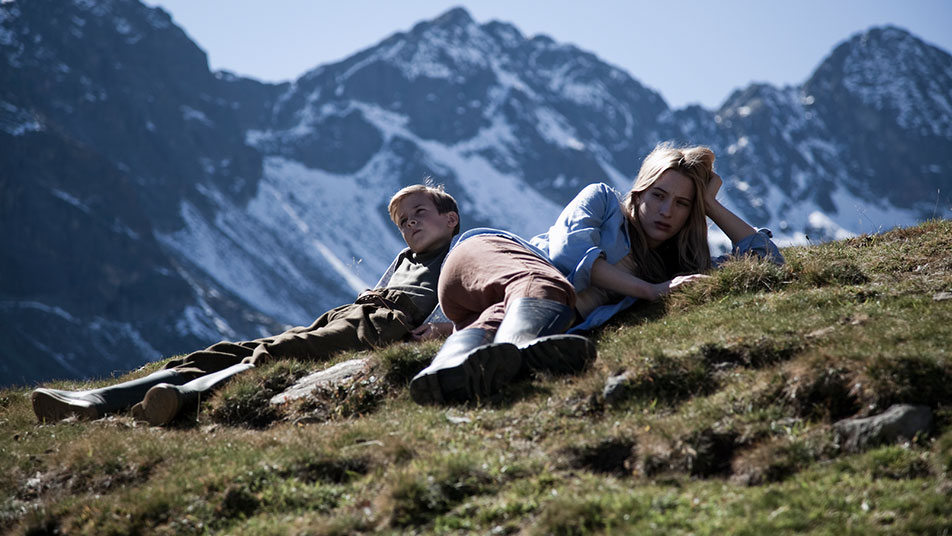 Autumn Blood follows the story of the cryptically-named The Girl and The Boy, siblings tending their farm up in some lush, ice-capped, breathtaking set of mountains. While the film, directed by German-born Markus Blunder, was probably shot in Austria or Switzerland, it reeks of Scandinavian overtone, as it features Swedish actors Peter Stormare (Fargo) and Gustaf Skarsgard (Vikings). The movie also features a few German actors, including The Boy (Maximilian Harnisch). Only our heroine, The Girl (Sophie Lowe), is an English actress, though her accent betrays nothing in the few lines that she actually gives us. The sweeping landscape seems to do a lot of the talking for her. 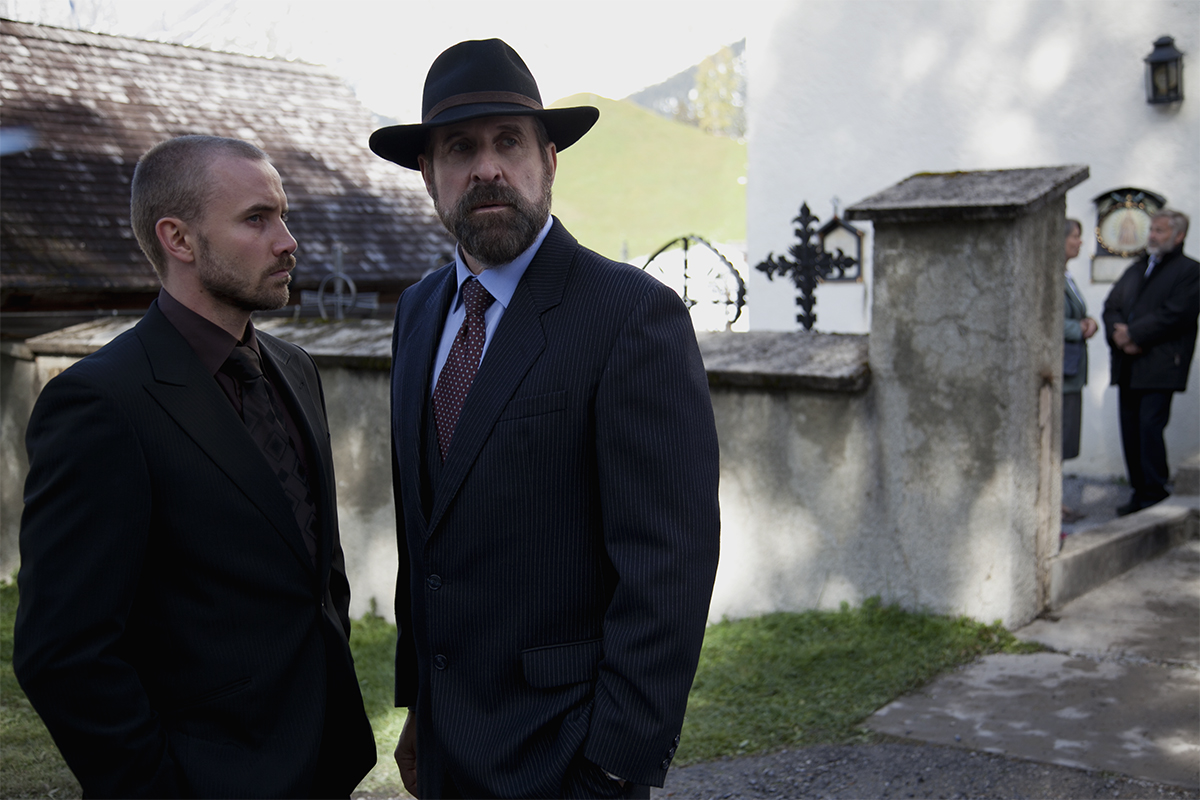 The Girl is a fair, blonde teenager carrying the brunt of her family's chores with a mother who is ill, a brother who is helpful but diminutive, and a father who died at the hands of some unspoken vendetta with The Mayor (Peter Stormare). She milks cows, washes clothes, and shovels slop during the days, but the evenings are built for her and her brother to enjoy general bouts of faux wrestling and stargazing. The Girl also likes to skinny-dip in the mountain lakes, seeing as how she believes herself to be completely alone. This is what gets her into trouble with The Hunter, a villainous townie who just happens to be the son of The Mayor. This immediately inspires ideas of family vendetta, with The Mayor having shot dead The Girl's father in front on her nearly a decade before.

The Hunter is not such a good guy. He takes it upon himself to rape The Girl while no one else is around, leaving her abused physically and mentally. While she tries to cope with the loss of her innocence, her mother passes away of some undisclosed illness. One feature of the film I do like is the cryptic nature of the parents' demises. It fits well with the minimalist dialogue.

At this point, the siblings are living alone on the mountainside farm, and it's not until the The Girl wanders into town to the post office, that The Clerk (German actor George Lenz) sees the bruises and scars on her face and places a call to social services. The Girl and The Boy have seen to the burial of their mother themselves, so this is the time their abandonment becomes public information. As The Girl wanders through the rustic town, she's noticed by The Butcher (Gustaf Skarsgard) and The Friend (German actor Tim Morten Uhlenbrock). Of course, they're friends of The Hunter, and are well aware of what he's done to The Girl. That night, The Butcher, The Friend, and The Hunter head out to the homestead to have their way with The Girl again. With all the monikers and the fairy tale scenery give in the film, this story reminds me of some gritty and obscure Scandinavian or German fable retold in the modern age.

Soon, a social worker makes a house call to the homestead, though The Girl pretends she isn't home. She's not sure who the blonde stranger is, and she doesn't want to turn the three big bad wolves in, causing more problems for her and her brother. The bad guys, afraid that The Girl will snitch on them for what they've done, decide to eliminate the threat. It is then up to The Girl and The Boy to defend themselves.

The homestead defense doesn't come out quite as you might imagine. It transpires more organically, which I can appreciate. The siblings are chased into the mountain forest, pursued through the heavy brush and up the side of a pretty treacherous waterfall. The Girl doesn't turn into Katniss Everdeen or Lieutenant Ripley in this one, but stays true to the scared orphan she's playing. She simply tries to outrun the baddies, being that's all she knows to do. Scaling the mountainside leads to the crushing death of The Friend, which leaves The Butcher and The Hunter still in hot pursuit. The Girl and The Boy have split up to increase their chances of survival, but this doesn't quite turn out as expected when The Boy is caught by The Hunter.

When The Girl comes across The Hunter, she cracks him in the back of the head with a rock, making him shoot himself with his own rifle. Reunited, The Girl and The Boy make their way to their home, only to be spotted by The Hunter. The ending is a tad anti-climactic, but very unexpected, and overall, satisfying.

Years ago, I came across a Brazilian film called The Three Marias (As Tres Marias), a low-budget family vendetta flick featuring some pretty heavy Catholic imagery. Autumn Blood is the same in that respect, the town in the movie at least subconsciously dominated by the rustic church at the center of it.

Autumn Blood has a very old world feel to it. If not for the shotguns toted by the characters from time to time, this story could have taken place in the Middle Ages with its examples of simple, harsh living in a rural, rugged landscape. The Girl doesn't possess the drive for vengeance that the Marias did, but she simply did what she had to do to survive. Ultimately, justice (the social worker) and reparation (The Mayor) were on her side to quell the three-pronged attack of the savage men.

Autumn Blood doesn't make my all-time list, but it's memorable for all the reasons I've described above. It's artsy, simplistic, rugged, and very Northern European. As I said, it feels like something made in Scandinavia for an American audience. You can find it now streaming on Netflix. This movie is so obscure that even with the spoilers, I probably won't spoil it. More than likely, not enough people will see this one and it will only be appealing for anyone who looks for the same Euro simplistic storytelling that I do. The performances of Stormare, Skarsgard, and Sophie Lowe are memorable, or as good as they could possibly be given such a minimalistic vehicle.