Somewhere around 2004, there was some astronomical culmination of factors that led me like a kid in a candy shop into the world of art, poetry, and to European history. I have to thank my instructors at junior college for teaching me what I was apparently ready to soak up like a sponge. 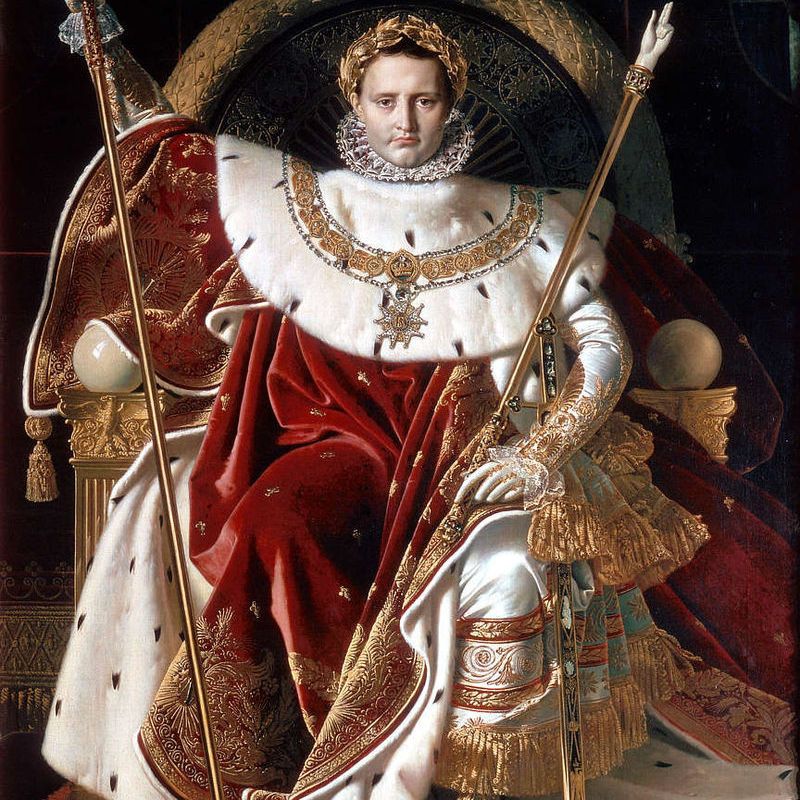 I guess it probably started with Art History. I don't think my professor liked me very much, as she indirectly accused me of plagiarism on a paper comparing and contrasting pieces of art depicting Napoleon Bonaparte and Alexander the Great. The Napoleon piece was by French master Jean Auguste Dominique Ingres, painted after Napoleon had crowned himself consul of France in the ancient Roman style. Napoleon, born with Italian name Napoleone Buonaparte was from Corsica, an island off the coast of Italy with a very unique feature - residents are genetically Italian, but speak French. Napoleon looked to reconnect with his Italian heritage by donning himself in the dress and in the style of the old Roman generals he admired. This painting by Ingres perfectly displays the concept.

I of course compared the Napoleon depiction with an Alexander the Great piece by Italian painter Paolo Veronese. Both rulers were revered conquerors in their day, going down in history as two of the greatest military generals to ever put on the uniform. While Napoleon was depicted as a Roman emperor, Alexander was adorned in a stark red Renaissance fashion - a proposed vision had the Macedonian king had been born in different century altogether. He is depicted standing over the family of his defeated nemesis, King Darius, granting them amnesty as he overtook Persia. In the paper, I discussed their generalship, the way they viewed themselves as empirical generals, and the stark details of their respective red wardrobes. In a nutshell, these two paintings were the catalysts that fueled my love of Western art. 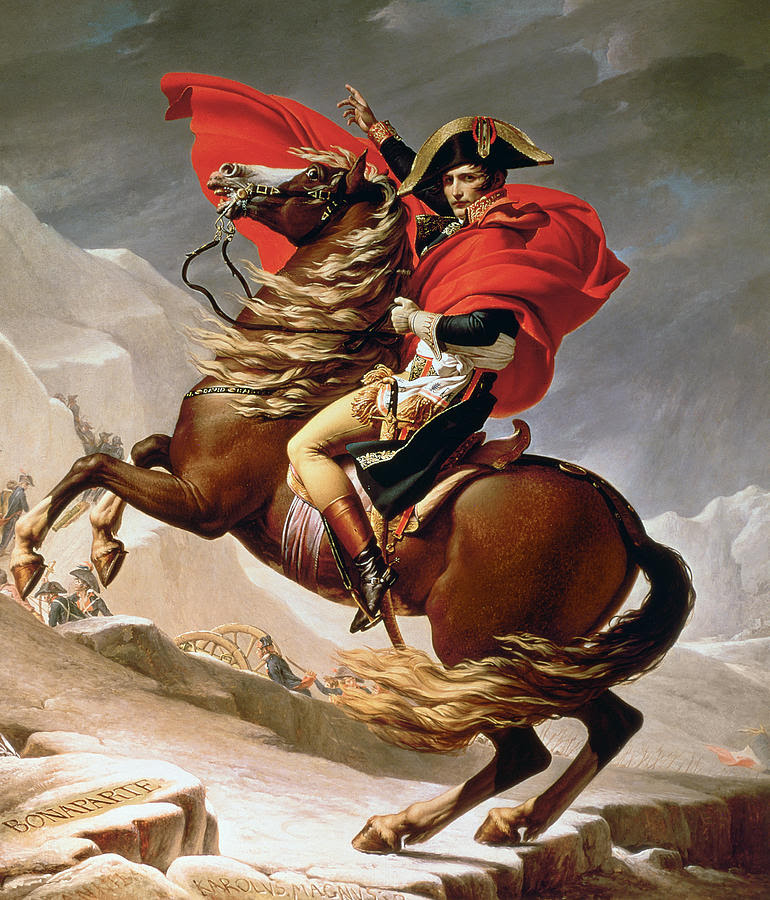 In the same vein as Ingres was Jacques Louis David, whose depiction of Napoleon I came across when I was studying the one above that I covered in the paper. David's painting is a heroic one, one Napoleon might have commissioned himself. It's called Napoleon Crossing the Alps, which is a very heroic thing for a military man to do. Just look at Hannibal Barca. His sneak attack on Rome during the second Punic War is legendary, if not brilliantly insane. I discovered David's work in a time when I was also learning more about the French Revolution. David had been a friend of the revolution, of more specifically, of Jean-Paul Marat and the Jacobians. When Marat was assassinated by loyalist Charlotte Corday, David commemorated the event in probably his most famous outing, one of the unsuspecting Marat dying a martyr in his own bathtub.

On the other side of French Revolution was Eugene Delacroix, who iconic work Liberty Leading the People was partisan to the 99%, the Bastille stormers and the bread marchers. In the American Revolution, the colonial army received financial and military aid from France, which essentially, alongside with a bad harvest, led to poor economic conditions. The common people felt the sting, as the monarchy, the inept Louis XVI and his Austrian bride, Marie Antoinette, continued business as usual with lush parties and excessive spending. Delacroix painted this work to capture the people in the midst of their coupe against the aristocracy
.

Delacroix was also a fan of literature, and allusions to ancient Assyrian kings the same. The first actual work of his I saw was The Death of Sardanapalus. The scene is a chaotic slaughter, but Delacroix's Sardanapalus simply reclines and accepts his fate at the onset of his impending doom. He remains calm in the eye of the storm, which is quite striking, as he takes in all the vignettes of death surrounding him. Another Delacroix delight is a Baroque depiction of Dante Alighieri in the midst of his Divine Comedy, taking all the horrors of Hell in The Barque of Dante. I have never read The Divine Comedy, but all the dastardly and misunderstood historical figures Dante deemed worthy of Hell (Helen of Troy, Cleopatra, Chronos, Achilles, King David) are fascinating to me. From there, my interest was drawn to the Pre-Raphaelites. I took an English literature class where studied Dante Gabriel Rossetti. Rossetti was Italian by heritage but English by birth, named after none other than Dante Alighieri. Rossetti was a poet, but he was more known for the paintings he did while he was part of the Pre-Raphaelite Brotherhood. The group was a small brood of Mannerist painters who essentially created a movement only to watch it burgeon in later decades. 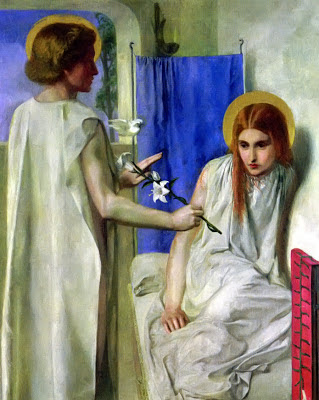 The image below is Annunciation by Rossetti. It portrays the archangel Michael descending from heaven to tell the virgin Mary that she would give birth to Jesus. Rossetti's sister, Christina, served as the model for Mary. In 1874, Rossetti painted Proserpine, which featured his most frequently-painted model and muse, Jane Morris.

One of the most famous of the Pre-Raphaelites, John Waterhouse, was not even really a Pre-Raphaelite, but more deeply inspired by the style. One of his most well-known pieces is below in Boreas.

Waterhouse also gave us an enduring look at his version of Cleopatra, an image I previously used in my blog about her legendary mystique. 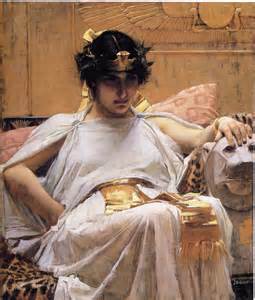 From the Pre-Raphaelites and Mannerism, I discovered wonderful world of Gustav Klimt. His pieces are truly unique, oil colors melded with actual gold leaf material to give the art an exquisite sheen. 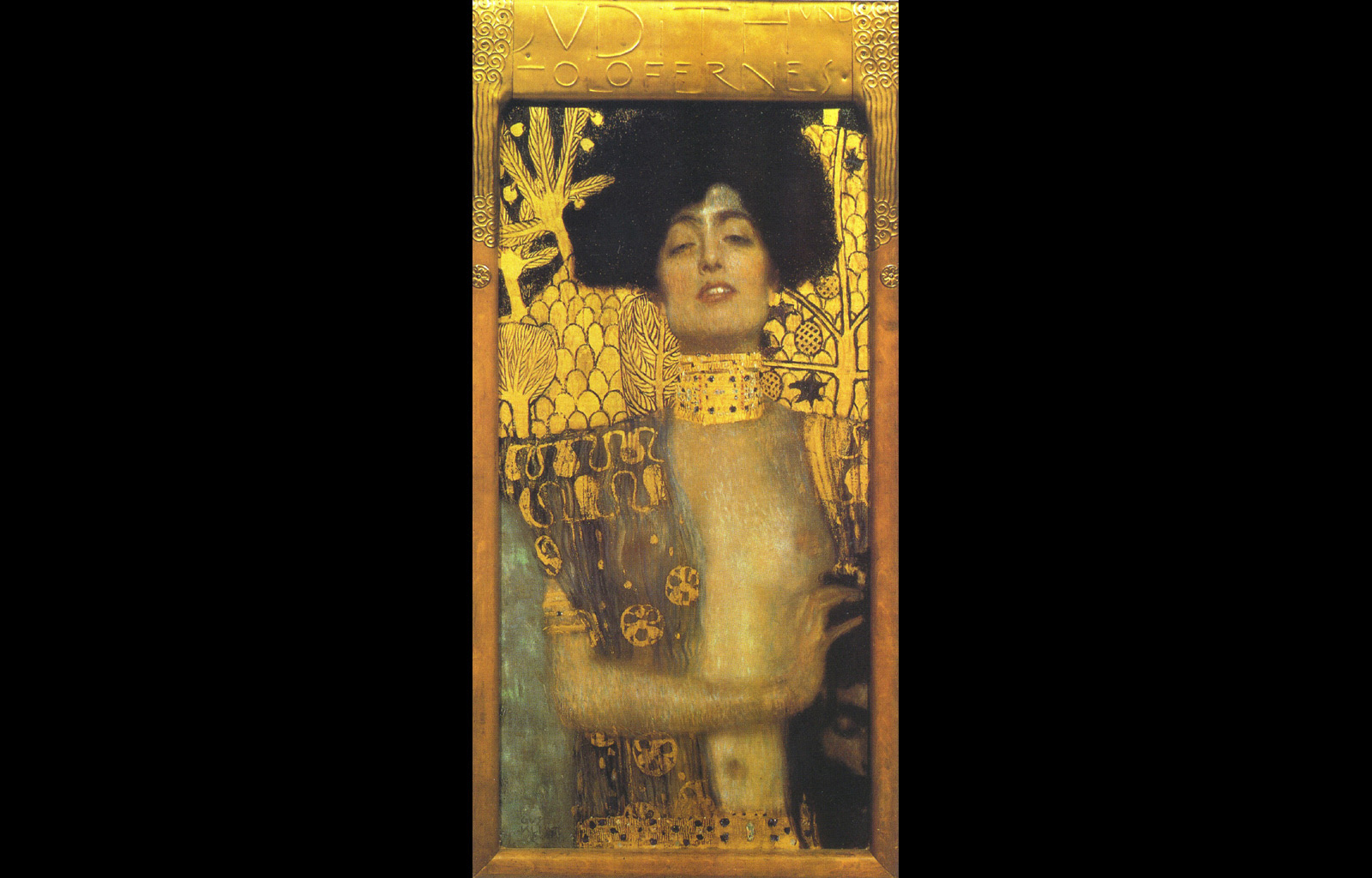 Much like Rossetti, Klimt loved his female models, and often painted them representing little-known historical figures, such as Judith and Holofernes. Judith in this painting is smiling pompously and touting the head of Holofernes, the Assyrian general under the command of King Nebuchadnezzar. This subject matter had been broached before, with Renaissance maestro Caravaggio's portrayal even more Baroque, and more explicit. Klimt had a flair for powerful women, and for recreating Classical events and characters. Next was the wonderfully bizarre world of Spanish master Salvador Dali. His paintings were mind-bending and earth-shattering, Dali a forerunner in the Surrealist movement. His paintings were abstract, like living in a perpetual dreamworld where time melts and ants march dutifully like soldiers. He would create living shapes and landscapes and then recreate them with abstract objects, all for the critics to either applaud or puzzle over. Dali's thing was that he didn't care. His paintings were as strange as he was, a true eccentric in a time when they were all but vanished from the art world. 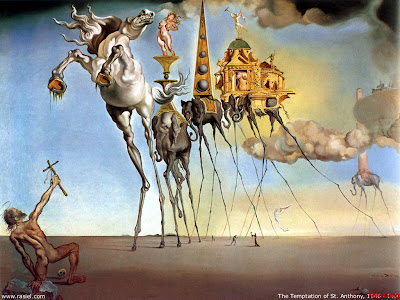 When I entered college at the University of Wyoming in 2008, I was really into the Classics. I had a historical blog called Ad Hoc, and on that blog, my homepage picture was the painting to the right. The painting itself, A Roman Emperor, was done by my favorite painter of all time, the grounded Classicist Lawrence Alma-Tadema. He painted immaculate scenes of Greek and Roman daily life, as well as infamous historical events such as the death of the tyrannical emperor, Caligula.

He also gave us Pyrrhic Dance, based on the famed Greek general Pyrrhus, for whom the phrase Pyrrhic victory in named. A Pyrrhic victory is essentially a victory, but one that victor was forced to lose everything in the process, which is not really a victory at all. Alma-Tadema also seemed to be fascinated by the tyrannical Roman emperor, Caracalla. The mad emperor infamously had his brother assassinated in front of his own mother, the Empress Julia Domna, who became injured in the process. Alma-Tadema painted a snapshot of the brothers when both were jointly ruling the Empire, called Caracalla and Geta. He followed that one up of Caracalla as sole emperor in the aptly-titled Caracalla. 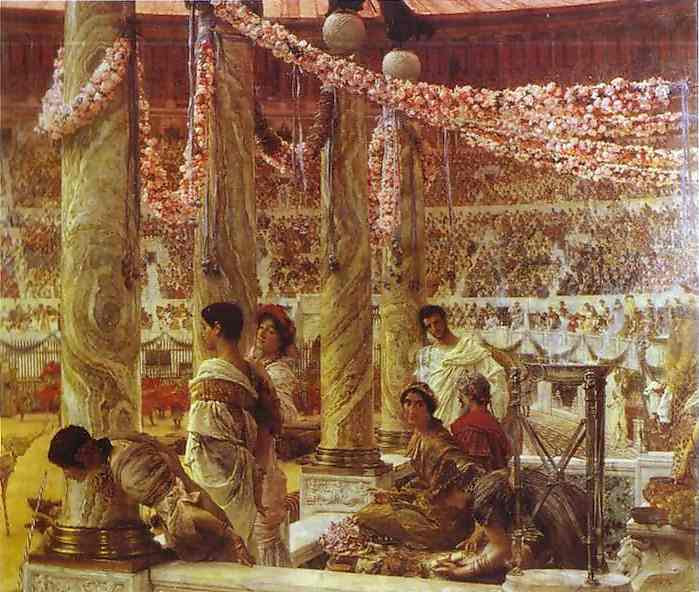 When I was learning about some of these 19th century painters, I came across the concept of the Byronic Hero. He is typically described as being quiet, brooding, and capable only of an impossible love. This was certainly me at this particular juncture in my life, and I immediately latched onto the concept. Movie characters such as Johnny Depp's Abberline in From Hell and the late Heath Ledger's Sin Eater in The Order influenced this persona, as did the poetry I was writing and weekly performing at the time. When I came across Wanderer Above the Sea of Fog by German painter Caspar David Friedrich, the Byronic hero, or the Neo-Romantic, was given an official image. I feel an affinity with this painting. I used to have it as my school computer backdrop, and students repeatedly asked if it was me in the picture. I always think no, but that it could have been had I been born in a different century. For a time, I was a reserved, brooding, lonely soul, and this painting allowed me to feel as if someone at some time felt the same thing I did. It's probably my favorite painting of all time. 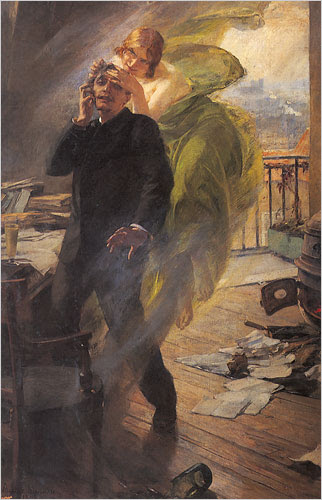 The last painting to leave its impression on me was Green Muse by Frenchman Albert Maignan. It portrays a lowly 19th century poet succumbing to the sinister charms of the Green Fairy, or absinthe embodied. For awhile, I dabbled with the drink, and when coupled with the poems I was writing, this painting fit well the nightly struggles and the whimsical pleasantries I was facing. From the glass of absinthe to the scattered papers to the clothing style of the doomed poet, I could identify with this piece for its turn-of-the-century stylings applied to my modern world. The Green Fairy is a temptress, an enchantress, seen here as a dastardly divine entity that charms the unwittingly soul into a luxurious demise.

Through the years, art has intrigued and inspired me. I tried my hand at painting, but Iultimately decided I was better with words than with a paintbrush. I love the art I've referenced here for their depictions of another time and place, for their allusions to the Classical and to the abstract alike, and for their real-world applications to me at a time when I was on my way to becoming who I am today.
Posted by Will at 9:34 AM