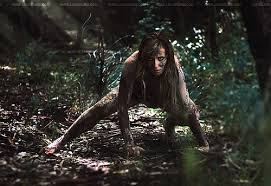 I follow a site on Facebook called Ancient Origins. While I haven't been on Facebook in ages, and while her story is not really ancient at all, Marguerite de la Rocque de Roberval led a fascinating life that leaves a lot of space for the imagination. Though I left it for other projects, I started a novel about her cruel and unusual banishment to the Isle of Demons, somewhere between Newfoundland and New France. She was marooned on the island with her unnamed lover and her handmaiden, Damienne, in the year 1542, and while the other two died off, Marguerite survived. Here, I give a proposed account of how that might have turned out for her after being stranded by her jealous cousin, Jean-Francois de Roberval.

II.
Memoirs Recounted from April, 1542
I stepped hastily from the coach onto the cobblestone thoroughfare of the Champs-Elysees, as eager and pretentious as a debutante. From the vantage of the street, I could see well the candle-lit chandeliers pouring from the other side of the leaded windows of the Marquis de Seville’s Parisian townhome.
The Marquis owned claim to a lavish residency, though I was not sure how long it could endure in the midst of the Protestant and Catholic skirmishes for an altogether better way in which to worship the same God. I was young, but I knew well that the Kingdom of Heaven resided within the depths of the mortal being, not within the pews or the prayer books of the church itself. Works, nor a more direct route to the ears of the Messiah, should allow one a more gilded halo in the afterlife, if there even was one. If there were, Calvinists and Catholics would only continue to splatter one another blood onto the Pearly Gates! Calvin made a compelling case, though Jean-Francois’ zealous fervor in the name of Calvin only made me less eager to count myself among the true believers.
Resigned to the thoughts of such a fruitless campaign, the sole of my silk damask thumped against the cobblestone to enter the dual lion-protected stoop of the Marquis’ domicile. His cryptic invitation had beckoned the House of de la Rocque, of which I was surely a member, though his more intended guest was surely Jean-Francois, the newly-appointed Lieutenant General of New France. That night, the Marquis was to feature a man called Jacques Cartier and his new trinket, some nautical device or other that would assist ours and future generations in the exploration of uncharted lands. I was interested in the device, the astrolabe, as I was interested in the possibilities of New France, in the marsh lands of this particular stretch or the timber-heavy tundra of that particular stretch. 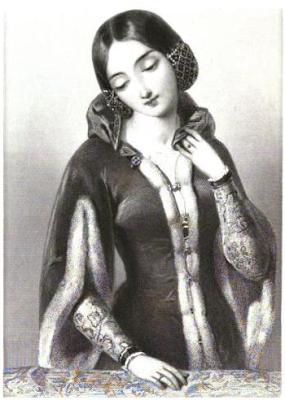 The day was brimming with much promise. All buds in which the vast oceans had to offer would bloom for me in that, my first journey beyond the lands of France. I woke to the sounds of Damienne mousing about my vanity, afraid to make a sound, afraid to breathe, as was her usual Montmartre way.
I stretched and arched my back like a Cheshire cat, purring with all the pleasantries of such a lush life.