I'm currently reading a biography called Posthumous Keats, which is basically about the death of John Keats and the legacy he left behind. Some of my favorite people in the world are dead and gone, having left their respective legacies behind for regular folk like me - Keats, Jeff Buckley, Heath Ledger. I adored the work of Jeff and Heath before they died, but most people will revere their legacies even more now that they're no longer here. It's the way of the world. Keats was a sickly, poor, unappreciated nobody in life, but a riveting, Romantic darling in death. Certain ideas and the people who put them forth often live ahead of their time. While it's cool to love the posthumous starving artist, it's quite a novel idea to admonish them while they're still with us.

"My words are worth nothing until after I'm dead." The poignant quote comes from another famous but unrelated Buckley - Keith, from the Buffalo, New York-based hardcore troupe, Every Time I Die. Keith was and still is a true artist, who reveres mastering words over belting out guttural screams for the masses. The band has been going strong since their 2001 debut album, Last Night in Town. This is when they came to my attention. While the music was good, it was Keith's feral cries and visceral lyrics that stood out the most to me.

The University of Buffalo graduate proved himself a true wordsmith on their 2003 sophomore effort, Hot Damn. Keith created short stories, poems with his lyrics over heavy guitar chugs and harmonic squeals. On track one, "Romeo a Go-Go," Buckley creates the frenzied soundscape of a sickly poet, scorned by an unrequited love.

"Your hopeless romantic, now helplessly rheumatic,
Poets grinding teeth to powder,
All my vowels are getting lost in the gauze,
Misinterpret courting for the cursing of a drooling fool."

Keith goes to scorch a path for his hospital bed champion:

"There's a delicate long song in this,
Kicked out and dripping in verse,
Go get your gun because God won't show,
He sent a poet instead,
The Don Quixote of the ICU,
Quite impression for a cripple,
Munchhausen by proxy of a muse."

On "Off Broadway," Buckley meshes a sociopathic criminal with a Music Appreciation course he took in college:

"This isn't at all unpleasant,
I'm enchanted by the lavish ballet,
And I'll whistle a tune on the way to gallows
That I heard at the cabaret.
At the sheriff's signal, the orchestra moves the floor.
Don't it make you feel wonderful?
Body twisting, strictly ballroom,
Criminally elegant ideal postured Viennese waltzer.
I'm dressed to kill,
I'm weightless and well-rehearsed,
In my godless opera my character is canonized." 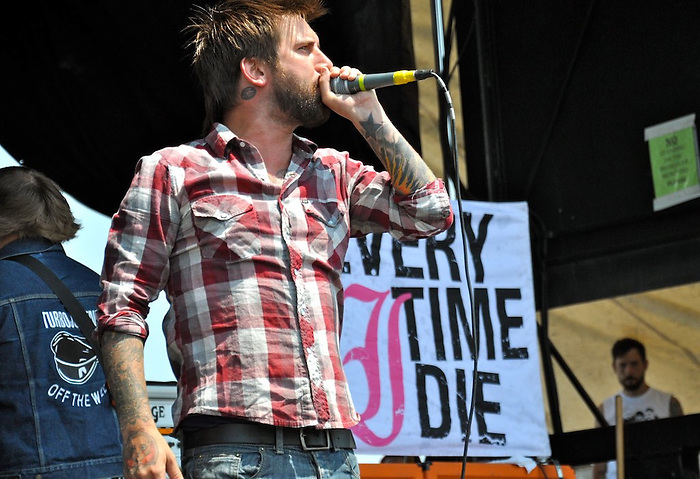 While the band was finishing the record, Keith was finishing up his English degree, taking courses on John Milton, John Donne, Chaucer, and Shakespeare. At the time, he was quoted as saying "If there is somebody out there that would actually put the time into reading hardcore lyrics, which I doubt there is, then there is a lot of Shakespeare images in there, just because that's what I was reading at the time." Keith doubted his lyrical genius was being recognized, which is certainly an artist's mentality. Keats felt the same way, openly criticized and told to return to his former medical pursuits. In other words, critics were telling him not to quite his day job. People generally fail to recognize genius until after it's gone. After all, absence makes the heart grow fonder.

On "Godspeed us to Sea," we're given a tale of a maniacal mariner: "Oh, captain, my captain,
You've been drinking, what happened?
I've been blurring my cadences and blacking out when I stand,
I know about your son,
Who never did return from the war.

This is all an elaborate, scheme,
And it be cleared up when the governor beckons for me,
He'll clear my name.
It appears that the inmates have overrun the asylum,
There's a madman at the wheel.
We are not even remotely capable of keeping our heads about us,
We've abandoned all semblance of presence.
Dead bolted, buckled in,
Keeping our word to a sinking ship.
Let the rats orchestrate the new mutiny,
I'll meet you overboard."

Hot Damn is Keith's most poetic album, teeming with imagery and metaphors. At the time, I was beginning to write poetry myself. Keats and Keith Buckley were my two biggest influences, lines and lines of metaphorical prose that neighbored somewhere between lovelorn and cynical. I spoke to Keith online right around that time, and he was pleased that I represented a small portion of people who actually did read his lyrics, and he was humbly appreciative.

Some lyrically-rich efforts from ETID followed. On the band's third album, called an overall dud by Keith himself, he belts out on "Guitared and Feathered:"


"I haven't lived a day of my life apart from the one that everyone's read about.
I'll spark de-evolution,
I was specially bred for the cover page of your magazines.
I've been fattened up for the guillotines.
I've been drawn and quartered,
I've been twice picked over,
And it's sickening what you've come here today to celebrate."

He continued this imagery into The Big Dirty, and into the track "Pigs is Pigs:"

"Oh Lord, I am saved!
Judge says I am fit to swing.
'bout time I have prayed,
My woman just might wear my ring.
You know I'm no good,
You know I'm no good at court-ordered goodbyes.
When I'm gone you'll see I'll be a better man yet,
For the disposition, take it back into your arms,
Better keep me close to your heart.
The defiant had me cornered in a store,
And he let me walk out the front door
At the scene of the crime.
Hang 'em high,
Keep your vows brief,
Let him swing, make his swindle an art,
And if you still believe that man guilty of love can survive,
Then hang 'em high or not at all.

We are liberated by the hearts that imprison us,
We're taken hostage by the ones that we break.
Throw the book."

Keith likes to set up a scene, inserting a courtroom, a hospital room, a ballet, a ship. He then meshes a dark sense of urgency with metaphors for the sake of the modern world. This style of lyricism is highly unique, especially when it's surrounded by a chaotic frenzy of guitars and drums. He hardly looks like an educated wordsmith, with his rugged beard and lengthy hair, the plethora tattoos stretching down his arms and his chest. He's a modern poet, who is scorching a path by himself.

On 2009's New Junk Aesthetic, Keith spits an array of imagery on the "Roman Holiday," conjuring images of the arduous march of undead Roman legionaries, resurrected by a necromancer:

"We are the death of the party,
We are life of the funeral,
All of us, rag men.

We traded vows on the front line,
They ushered us through the stop sign,
All of them, witches.
We found our way in the blackout,
We are the ghosts in the lighthouse,
All of us, rag men.

He seems to make a sequel of sorts to "Roman Holiday" with 2012's "Underwater Bimbos from Outer Space" from the Ex Lives album. 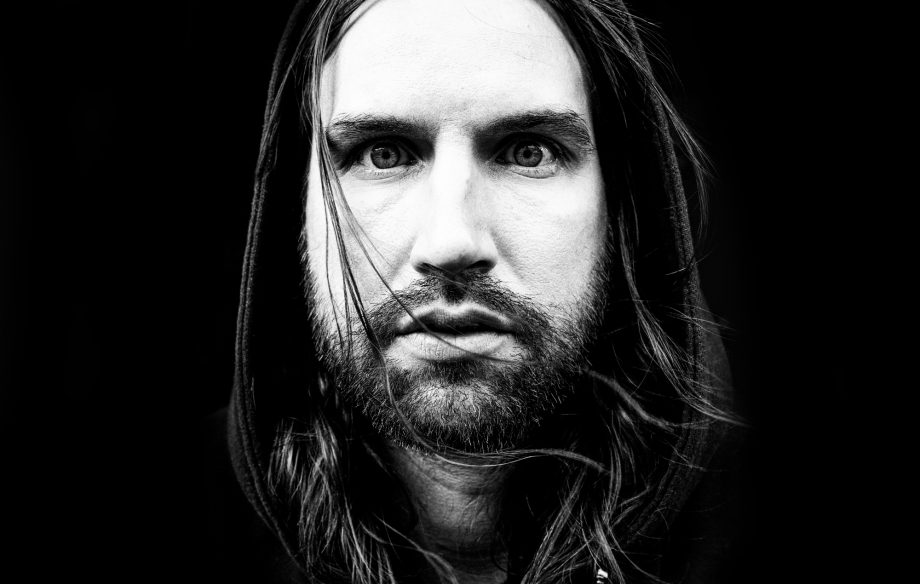 Let boredom cease the beating of our purple hearts,
Against this, even gods fight violently in vain.
What chance could we have stood?
We're the last of the lost,
But now we're the first of the fashionably late. 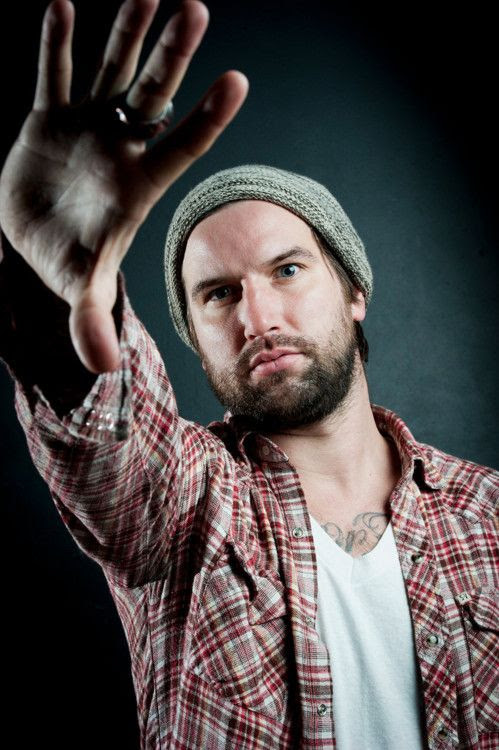 Even though most of the ETID fan base probably has no idea what Keith is talking about, he's true to himself anyway, writing lyrics that make sense to him. They certainly aren't life-changing, but they stand out for a hardcore band, in a genre with boring songs about girls and putrid death. There are few true artists I follow at this point in my life, but Keith is certainly one of them. While on the road, he even completed a semi-autobiographical novel called Scale. I tried to buy it at the last ETID I attended, but the band's card reader couldn't read mine for some reason. It's still a little too expensive on Amazon, so I wait on. If Keith continues his writing career after the band calls it quits, I am certainly with him. I look forward to more novels, and whatever else he decides to write while he still occupies the planet.
Posted by Will at 4:49 AM