Comic book movies have been in circulation for a long time. While most people would bank on the Marvel Avengers universe and the slew of over-produced DC movies, I tend to appreciate more the dark, gritty, somewhat realistic representations out there. While my picks wouldn't match up with most people's, here is list of my personal favorite comic book-spawned vehicles out there, spanning from the regular comics to movies based on graphic novels.

Marvel finally unleashed it's infamous vampire hunter in 1998, employing the talents of Wesley Snipes for the role. Blade is a half vampire, half human who mercilessly rids the world of the bloodsuckers, especially when Deacon Frost and the vampire elite threaten to take over the world by unleashing the potent vampire virus. All Blade's weapons are made a from stainless steel, those that vanquish vampires where they stand, including a bladed boomerang, knives, dart guns, and his famous sword that boast its own set of lethal tricks on the opposition. 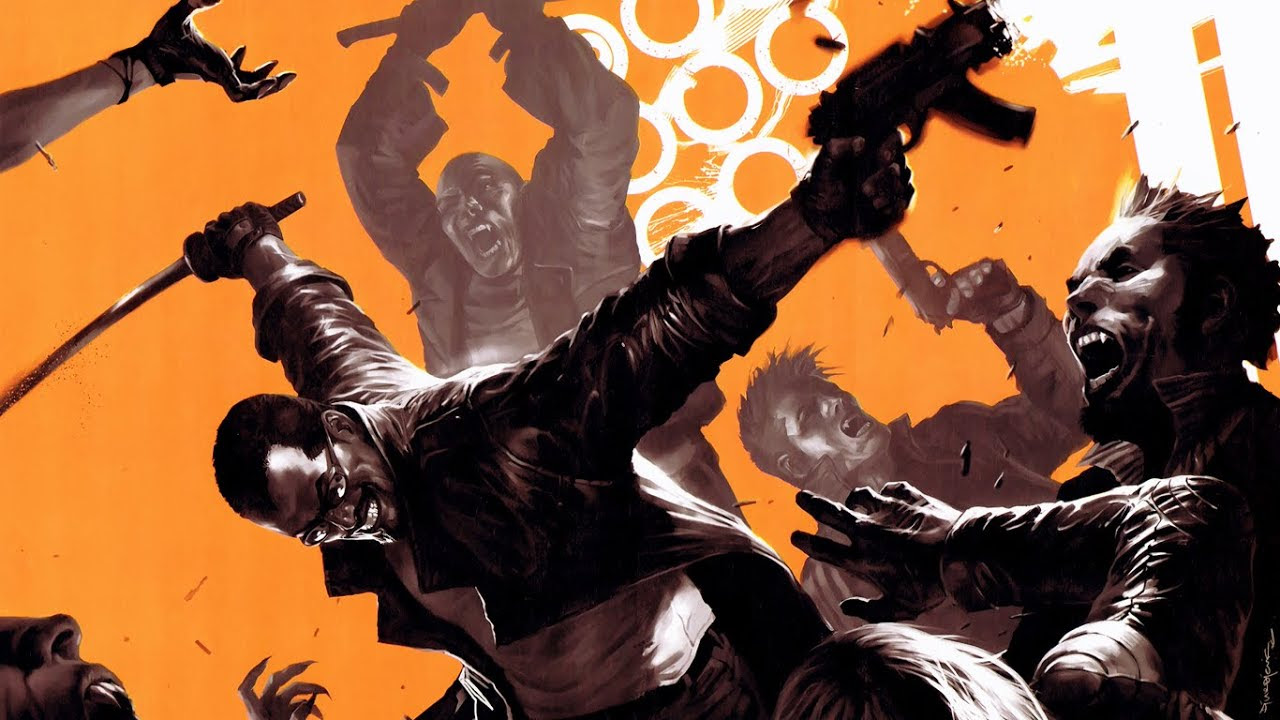 While From Hell is based on the nefarious exploits of Jack the Ripper, it's also based on the graphic novel created by Alan Moore. Just as in actual case, Saucy Jack is pursued by Frederick Abberline, portrayed expertly by Johnny Depp. Abberline is given a sixth sense to see events before they happen, which may or may not be an affect of his opiate and alcohol abuse. From Hell places Sir William Gull, physician to the royal family, in the cross hairs, banking on the theory of a skull and bones type society which hid and covered up the murders of Jack the Ripper. 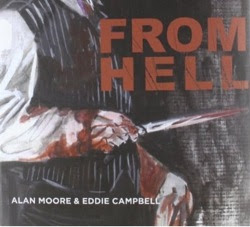 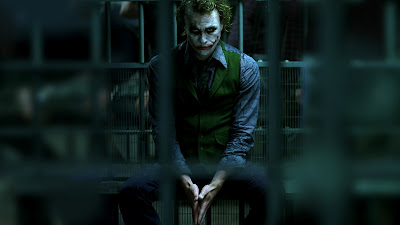 The Dark Knight was Heath Ledger's breakout performance as the Joker, a fact that places this comic book gem on this list. While Christian Bale's Batman was solid, it was Heath Ledger's vision of the Crown Prince of Crime that made this movie stand out and receive the accolades that it did. We also get to see district attorney Harvey Dent's transformation into Two-Face, but his rendition, and Bale's for that matter, was overshadowed by the maniacal prowess of the Joker. He's a comic book baddie for the ages, and Ledger gives the best representation of the clown killer to date. 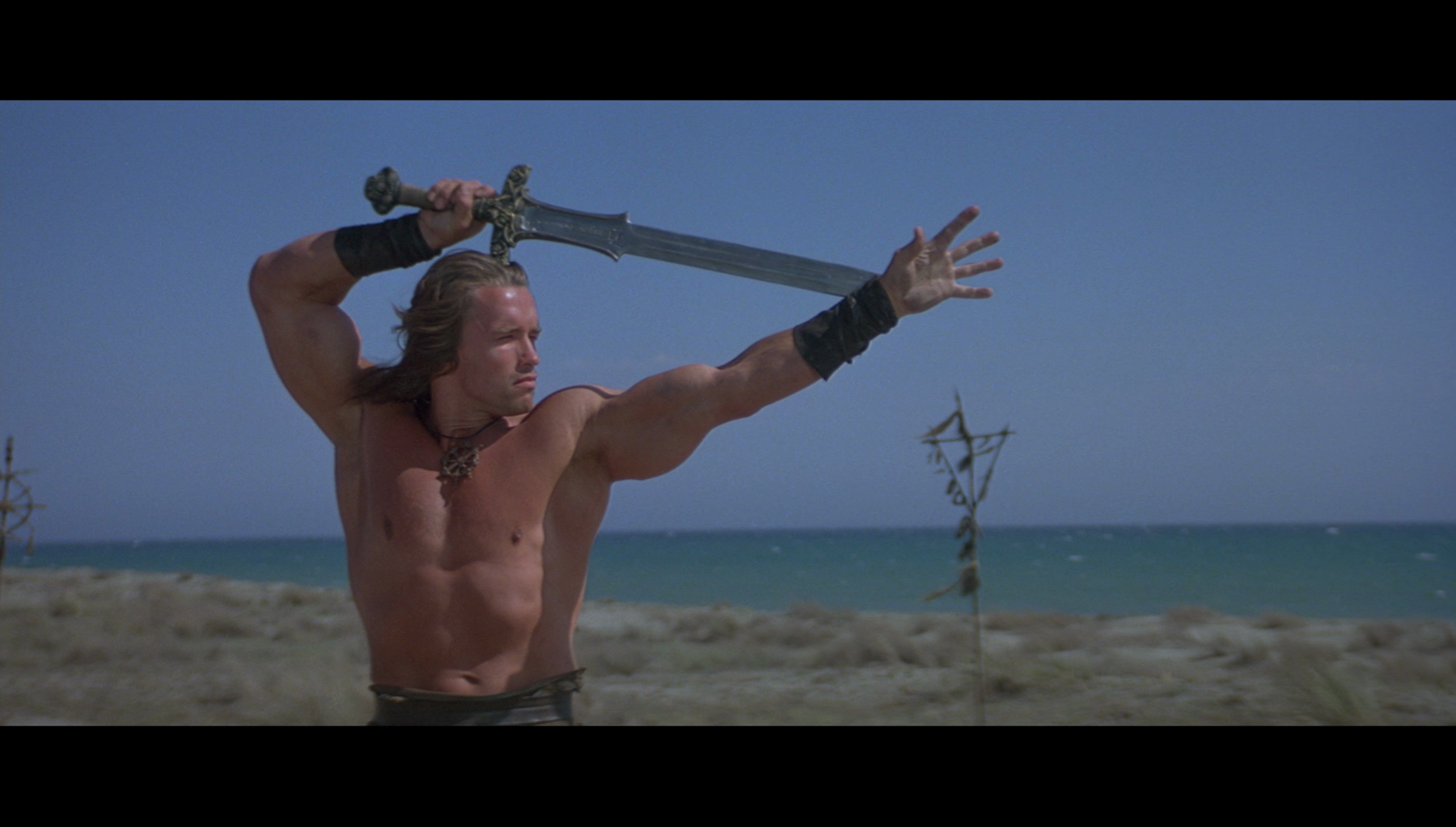 It's a little-known fact that Conan the Barbarian was actually based on an old comic series, and it just so happens to be old Arny's best performance as the titular character. From orphaned child to cage fighter to thief to a man out for bloody vengeance, Conan is unleashed on the netherworld of Cimeria to track down the snake cult that defined his lonely walk as an adult. Conan battles sorceresses, giant snakes, and thuggish brutes on the way to exacting his revenge on Thulsa Doom. 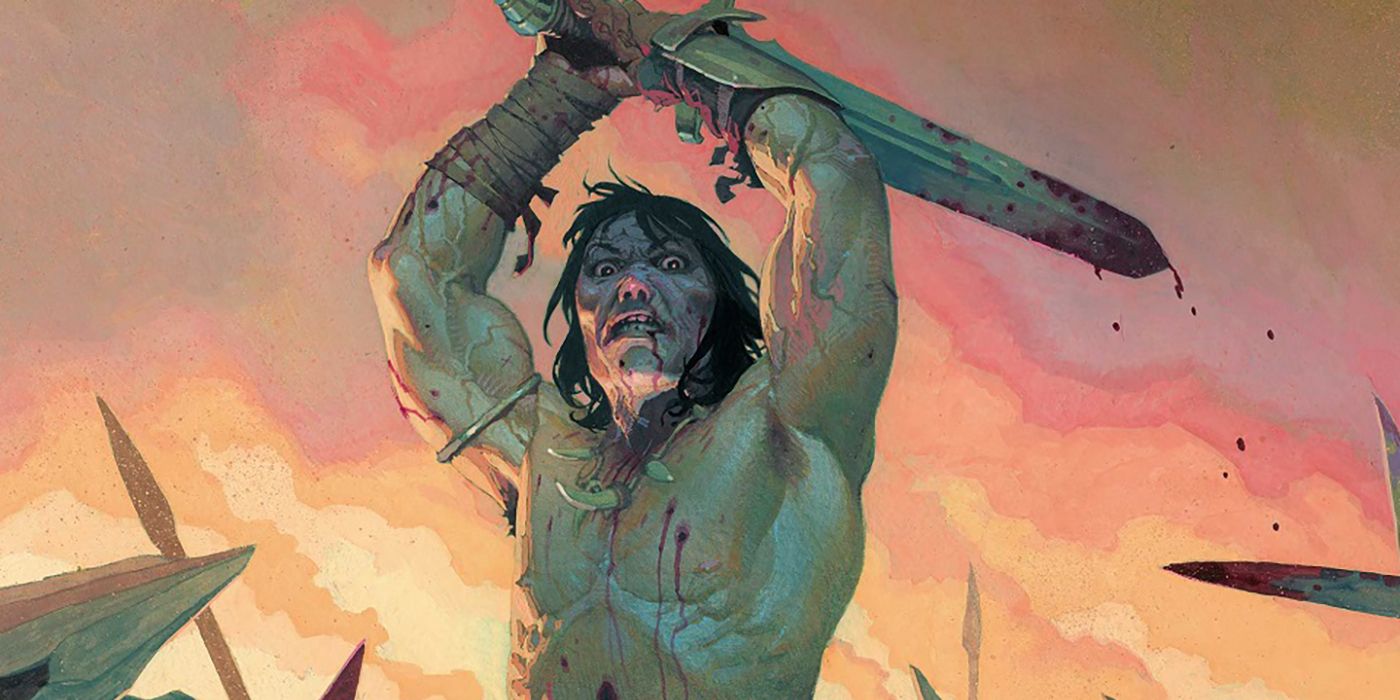 Also based on a graphic novel by Frank Miller, 300 busted onto the big screen to rehash the story of the brave 300 Spartans to stood against the massive incoming army of the Persians, led by Xerses the Great. The movie scenes do well to replicate the pages of the comic, often sticking to the same frames verbatim. 300 was like no other historical portrayal before it, and it stylistically inspired later movies like Immortals, Clash of the Titans, and the STARZ series, Spartacus. 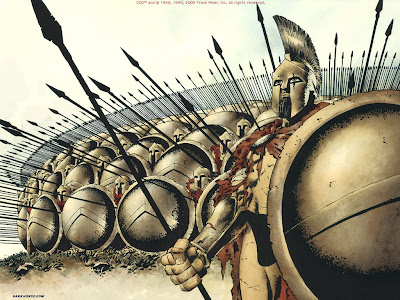 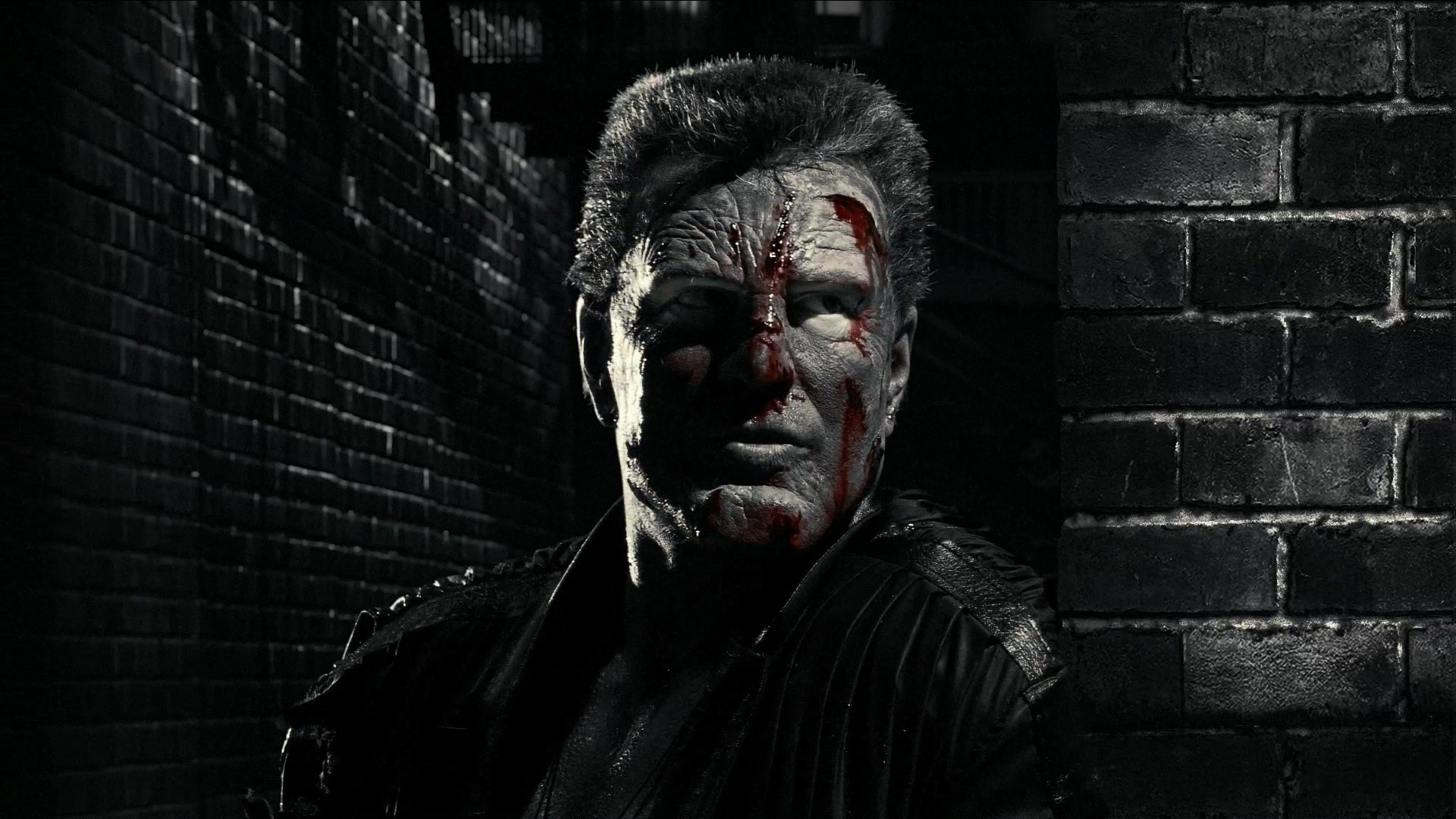 Sin City, also from the graphic novel by Frank Miller, incorporated something new to screen with its patches of stark color patchworked against an otherwise monochrome landscape. It's a brutal, gritty, slick crime story told with a neo-noir fervor, pitting lowly characters Marv (Mickey Rourke), Detective Hartigan (Bruce Willis), Dwight (Clive Owen), Nancy (Jessica Alba), and Gail (Rosario Dawson) against the all-powerful villains oppressing Basin City. The dialogue is saucy, the violence is heady and often warranted, and the look of the film is absolutely stunning. 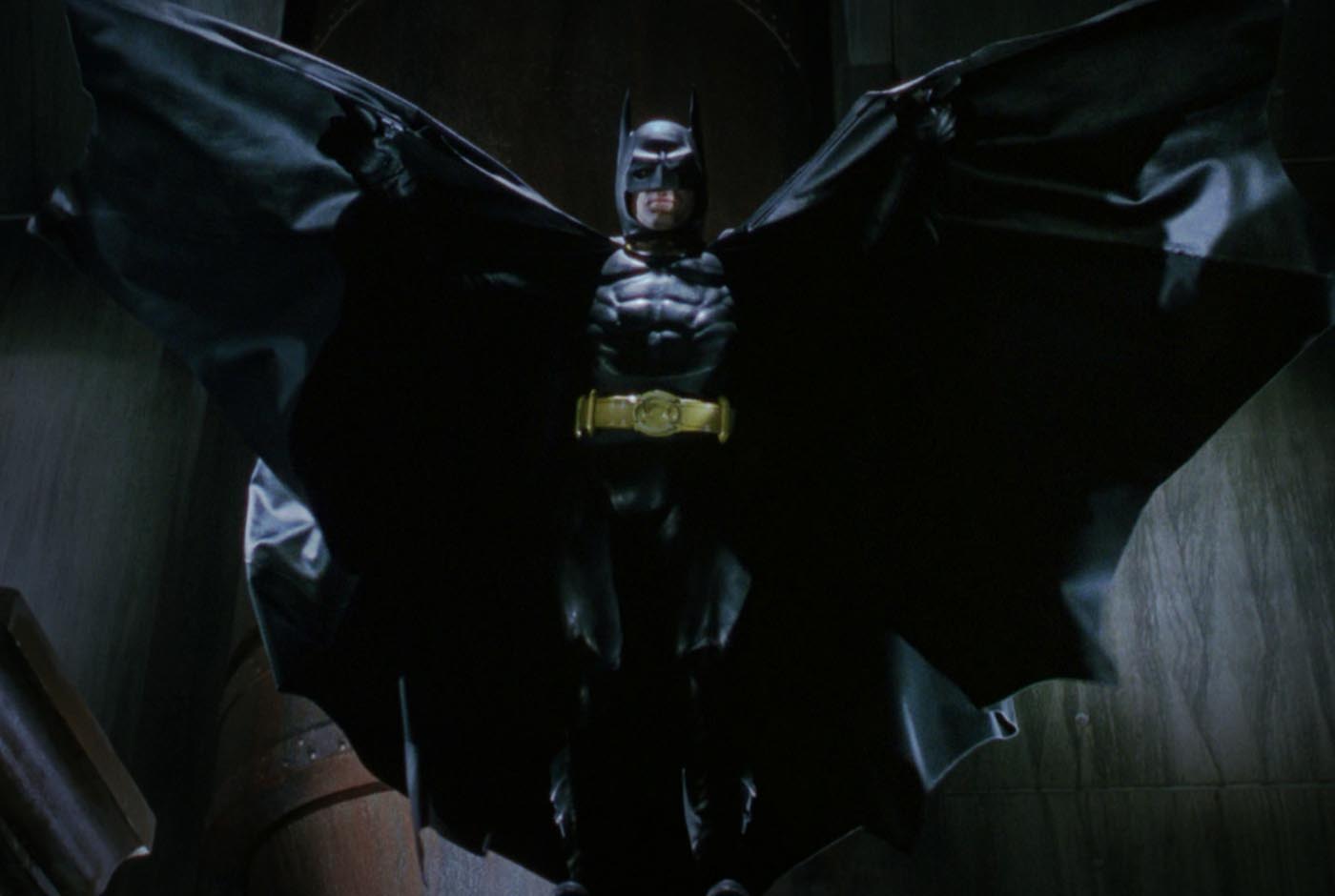 I first saw Batman in the waning days of middle school. It was the first live action iteration of Batman since the Adam West TV show from the sixties. For the first time since the comics, Batman was clad in black with a surprisingly great portrayal by then-comedy actor Michael Keaton. Jack Nicholson brought the Joker to life, having risen from a noirish underworld to transform into the crime prince after a spill into a vat of toxic chemicals. Batman's outfit was slick, the Batmobile was even slicker, and the overall film was a Gothic delight, straight from the darkly creative mind of Tim Burton. 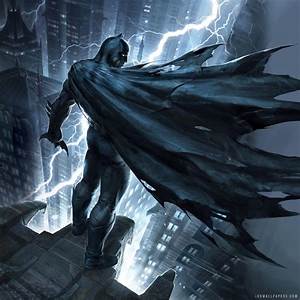 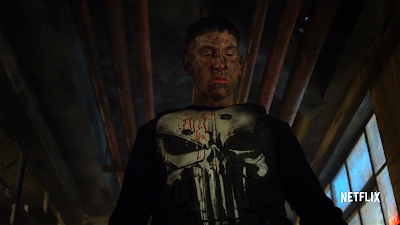 Jon Bernthal was the fourth actor to bring Frank Castle to the big screen, following behind the likes of Dolph Lundgren, Thomas Jane, and Ray Stevenson. I loved Bernthal's acting far before his assignment to the Punisher role, so when I found out he would be the guy, I knew we were all in for a treat. Frank Castle was first introduced in season two of Daredevil, but because of his onscreen presence and the popularity of the character, Netflix soon signed off of the standalone series which spawned two spectacular seasons. The fight scenes are brutal, the wounds are plentiful, and the acting is superb, as Bernthal transform wholly into the persona of the tortured, punishing soul of Frank Castle.

Daredevil is the best comic portrayal I've seen, as well as the best superhero portrayal. Daredevil had a slow, organic ascent to the world of crime-fighting, spending the entire first season in a homegrown black outfit. He didn't don the classic red look until the final episode, which made for a refreshing take on the whole superhero trope. Like Frank Castle, Matt Murdoch (Charlie Cox) was a torture soul, bound by a sense of blind justice, in more ways than one. Start-up lawyer by day, crime-fighter by night, Daredevil spun a realistic approach to the world of comic characters, where Matt spent much of the three seasons injured and constantly recovering from those injuries while taking on human traffickers, organized crime thugs, ninjas, and paid inmates in a plethora of wowing fight sequences. 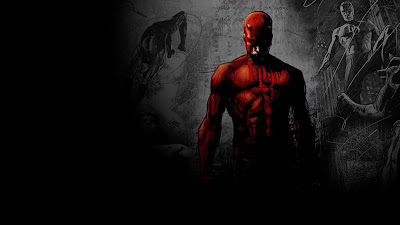