Anthems for a Black Widow 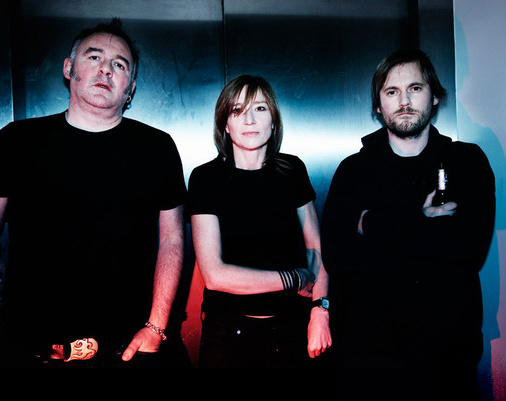 You ever hear an album that tells you a short story as you're listening to it? Recently, I've been listening to some of the CDs I still own, and Portishead's self-titled effort had its turn in my changer. Re-listening to it after so many years of hiatus, I noticed new things about the album that I never had before, namely the mood and the sense of duality it possessed. The album is elegant and dastardly in one, painting a picture of the elusive femme on the run, searching the day for a new victim, and spending the night questioning herself and her existence. I'm not sure if that's what Portishead had in mind when they created this 1997 crooner, but we often interpret songs and albums our own way when really listening to them. This is probably more of what the band had in mind than anything else.

The album begins with one of the best tracks, and certainly the most sinister in "Cowboys." Much like Bjork's 1995 hit, "Army of Me," "Cowboys" promises doom and dread upon an unnamed recipient with lines like "But don't despair, this day will be the damnedest day if, oh, you take these things from me." This is like the anthem of the black widow woman of the night, realizing who she is deep down, and daring anyone to stop her. The song has just enough of a cynical sway to set the tone for the tracks to come, which are both often romantic and gloomy in one. The hip hop record scratches that come toward the end make this tune distinctive and unique, a subtle departure from the band's 1994 debut.

Track two, "All Mine," comes in sexy and full of sway, subtle drum machine beats with a tambourine to accompany the snare hit. The track also features a stark and triumphant horn section along with the beats, and a bass line that drives the verse into a silkier direction. The track conjures images of a smoky lounge, a femme fatale exchanging glances with an unsuspecting victim - especially when the guitar enters the piece towards the end of the track. It's sinister and singular, soaring to break the mood of the nearly sweet sway of the song. It's definitely a mood-changer, which to me accentuates the duality of the femme fatale often seen in movie and TV.

"Undenied" is up next. Its melancholy chimes begin immediate and imminently, serving as the precursor for the grainy record effect added to the smooth beat, borrowed from all the best elements of a mid-90s hip hop track. "Undenied" is an unconventional crooner, asking all the important questions like "Where does my heart belong?" The femme has allowed herself to get too close to her victim and is now second-guessing her intentions and her feelings on this track, a calculated decompression of true sentiment. The grainy record effect is excellent, as is the beat, as is the solemnity of the lyrics themselves.


"Half Day Closing" sounds like the morning after, hungover and indifferent, cynical and off-kilter, but somehow smooth enough. The trip hop team of Geoff Barrow and Adrian Utley employed an interesting strategy here with what sounds like an actual drum set, knocking around a clumsy and ad libbed, high hat-heavy beat to match a gritty bass line. Vocalist Beth Gibbons ponders, "In the days, the golden days, when everybody knew what they wanted, they ain't here today." The mood is cynical and nihilistic for sure, pining for the days when things were easier. This song conjures images of sitting by the window on an overcast morning, steaming cup of coffee in hand, blanket strewn around shoulders, pondering what was, and what could have been.

"Over" is gloomy from the start, a lonely, singular acoustic guitar plucking an anthem of doom and nefarious intention. "Oh, this uncertainty is taking me over," croons Gibbons over the heavy blitzkrieg beats, record scratches,and thundering bass line. Towards the end of the track, an electric guitar enters the fray to add to the suspense of the track. I first owned the cassette of this album years and years ago, and "Over" was the last song on the first side - a mood piece designed to wrap up the graying, sinister tone set throughout the first 5 tracks of the album.

The next is "Humming," a relatively benign track that's all about the ghostly wales, the chamber music bass line, and the sticky beats, providing more inner-banter and subtle regret from the unrepented black widow. "It's been so long that I can't explain, it's been so wrong right now, so wrong." She knows that her livelihood is detrimental, but does nothing to stop it, as she's nothing but an elusive creature of habit. Beth Gibbons wears this masquerade disguise well. Every track on the album is either sexy, melancholic, or menacing, which proves that Portishead had a firm grasp on the short story they were attempting to tell back in 1997.


"Mourning Air" is a distant cousin of "Half Day Closing," but conveys a soothing, sadder sound. It's sensual prose hangs over the top of a lukewarm beat, horns and bass adding to the sordid soiree. A lonely guitar comes in toward the end again, a leitmotif constructed by the band in order to tell a story, and to convey a mood. The setting is cold and dismal, unsettling despite the familiar, otherwise warmer elements, creating a dissonance to the unassuming track. It brings a certain chill with it, but not necessarily a comfortable one. "Should I feel a moment with you? To softly whisper I crave nothing else so much?" This seems a testament to the widow slightly falling for her victim, but having a hard time admitting it to herself.

"Seven Months" and "Elysium" are aggressive, menacing bookends between the softer reassurances of "Only You," which shares several commonalities with "All Mine." "Seven Months" is a haunting, malignant reminder that the femme fatale is alive and well, immediately crying "How can I forgive you after all that I've seen? Silently whisper while my heart wants to scream." "Elysium" sounds more like a Wu-Tang or RZA track when it starts, until Beth Gibbons soars in to remind us "You can't decide how I feel, and you can't decide for me." "Only You" is pretty one, another barroom ballad that features the best of trip hop with samples, record scratches, guitar, and effects on its way to belting out that "It's only you who can tear me apart, and it's only you who turn my wooden heart."

The last track, "Western Eyes," is probably my favorite on the album. It gives out a smooth, smoky, piano bar sort of vibe. It makes the most of its minimalist effort because sometimes, less is more. It comes across as indifferent, resigned, with lines delivered in the most listless manner possible. "With western eyes and serpent's breath, we lay our own conscience to rest, but I'm aching at the view, yes, I'm breaking at the seams just like you." The beat is soothing but cold, smooth but prickly, with a lonely piano belting out a composition of solitude. At the end, we're treated to a sample from a scratchy old record sample to the tune of "I feel so cold on hooker and gin...this mess we're in." If that doesn't scream debutantes and debonairs in a smoky lounge somewhere, I don't know what does. 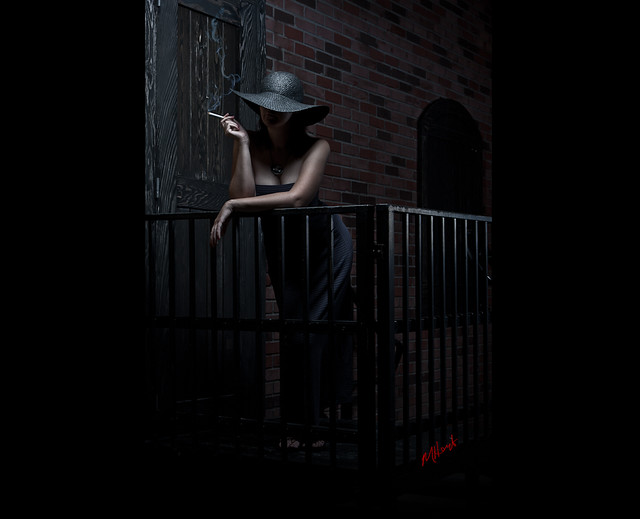 Portishead's self-titled sophomore album is an anthem for the mystery woman of the night, the flashy, elusive, dangerous femme fatale sometimes seen in films like Eye of the Beholder with Ewan McGregor and Ashley Judd. The band's debut album ranks among my top 20, but their second deserves another shot for the flowing, gloomy, and belligerent moods it attempts to, and succeeds at conveying. There is a favorite book of mine, Fake. Liar. Cheat. that I thought about reviewing on this blog. It's antagonist, Claire, is certainly one of these dangerous, mysterious women, with feelings and calculations as wishy-washy as a cat.
Posted by Will at 7:38 AM