The House That Pain Built 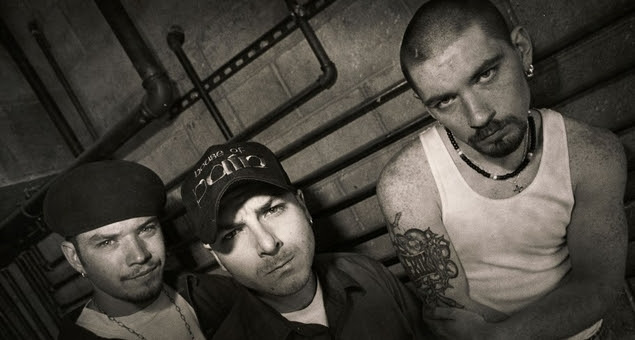 House of Pain was not the first rap group I was into when I was a teenager, but they were certainly the one that made the biggest impression on me. They were tough and they were Irish street hooligans. They were the Dropkick Murphys of the hip hop game. Their first album was such a success that they inspired later rappers like Slaine, Lordz of Brooklyn, Limp Bizkit, and Atmosphere. HOP came to me toward the end of my freshman year, when I was jamming to Black Sheep, Das EFX, and A Tribe Called Quest. HOP brought something new that I could certainly relate to, being a hip hop junkie suburban white kid. 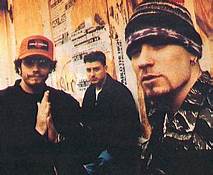 House of Pain (Everlast, Danny Boy, DJ Lethal) came to us out of the greater Los Angeles area. Their debut album, a self-titled effort, came to me via music video, the one for their first single, "Jump Around." Right after I saw it, I rushed out to buy the cassette, thumping to it day and night in my bedroom in the stead of the car I didn't own yet. The beats were hard, the vocals were tough and gritty, and the musical production was akin to what I'd heard on Cypress Hill's debut album, released two years before. There was good reason for that. DJ Muggs, who currently produces for a mysterious band in the vein of Portishead called Cross My Heart Hope To Die, was the Cypress DJ, and responsible for every composition on that album. Muggs had met Everlast through Cypress front man B-Real, and the Soul Assassins, a collective of three rap groups (Cypress Hill, House of Pain, and Funkdoobiest) was born. Muggs produced tracks for all three groups, digging through his extensive collection of old records to create classic guitar, piecing horn, and old sample-driven beats for all three groups. The screeching horn, the enduring leitmotif that made "Jump Around" what is it, was a concoction of Muggs, making the sound and the song instantly recognizable. Everlast, Danny Boy, Lethal (who produced a handful of tracks on the debut), and Muggs came as a four-man collective to rock an impressive debut that slowly began to top the charts. It was like nothing else released at the time, Celtic staples meshed with Muggs' old Irish pub feel digging in its claws for the long haul. House of Pain helped give me an identity. I owned four of their t-shirts, stickers, hats, records, and cassettes. Suffice it to say, I was a committed super fan.

In the two years between albums, House contributed to the Who's the Man soundtrack, with a hard-hitting, Lethal-produced bruiser appropriately titled "Who's the Man." While the movie was funny but sort of garbage, the track was stellar, with Everlast and Danny Boy painting a brutal picture of their brushes with the law, and their time spent in the pen. HOP also found the time to collaborate with metal band Helmet for the rap meets rock soundtrack of Judgment Night. The House of Pain contribution to the song comes in midway through, Helmet and HOP splitting equal air time on the track. Everlast, whose real name is Erik Schrody, even appeared in the movie as a henchman for fellow Irish mob baddie, Denis Leary. 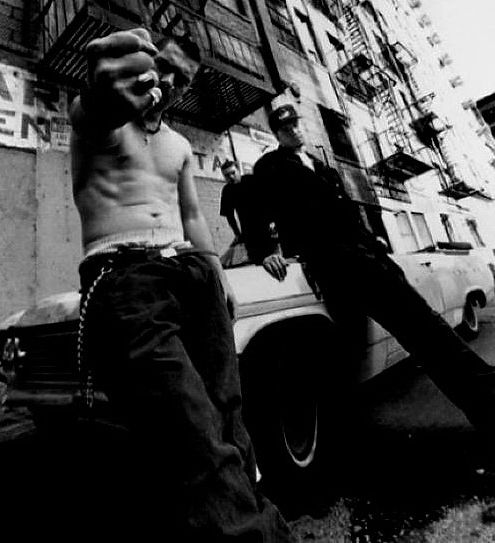 In early 1994, the group headed back to the studio. I was really into the NBA at the time, and there was a monthly publication called Slam Magazine. I first heard, or saw, the news of their new album in the Spring of 1994 in a full-page ad in the magazine. I remember I went home, tore out the album cover art ad, and quickly posted it on the wall of my bedroom in giddy anticipation of what the group had next in store.

When I went in the record shop that summer to buy the new album, Same As It Ever Was, I saw a poster advertising for it on the shop wall. Everlast had grown out his hair and Danny Boy had dyed his blonde. They looked like a rock band in the guise of impressive rappers, Lethal constantly playing the background role with his Russian/Latvian descent.

The first track is the best on the album. In the two years away from their first album, rumors began to swirl about Everlast's fatal overdosing. On the first track to the new album, he squashed all the false reports with "Back From the Dead," a heavy, thundering, old school horn-driven track in which Everlast was definitely back with a gruffer voice. Muggs again showed crate-digging expertise on the tune, just as he did throughout the entirety of the record. Lethal was still a protege to Muggs and produced tracks on his own like "All That" and "Where I'm From." Muggs' style was still immediately recognizable, boasting old guitar riffs and a roaring horn section. Their first and only single from the album, which was wholly less successful than the debut, was "On Point," a solid video but an ultimately ineffective effort that never could rouse the public like "Jump Around."

After Same As It Ever Was, the group contributed a couple of tracks to a couple of soundtracks, namely "Beef Jerky" to The Jerky Boys movie and "Punch Drunk" to the Eddie movie. Both movies were silly duds, but the tracks were something to look forward to in lieu of an upcoming album, which would certainly drop in 1996. I was reading through a hip hop magazine one day and came across an interview with B-Real from Cypress Hill. I liked Cypress, but I thought maybe since he was part of the Soul Assassins, he might mention something about the new House of Pain record. Boy, did he ever. He mentioned that Everlast and the boys were no longer members of the Soul Assassins. Muggs had kicked them out for Danny Boy's creative direction of dyed hair and leather pants and Harley Davidsons, claiming it wasn't hip hop enough. Just a few year later, Muggs produced guitar-driven tracks for both Cypress and other projects, so I think it was a hasty decision. With Muggs no longer at the helm of production, the task was left up to Lethal on House of Pain's 3rd and final album, Truth Crushed to the Earth Shall Rise Again.

The new album was the group least Irish effort, as they attempted to reach back out to a more hip hop audience, featuring guests like Sadat X from Brand Nubian and Guru from Gangstarr. They brought on the guys they grew up rapping with, their childhood friends, the Scheme Team, featuring Cockney O'Dire and the Divine Styler. While it was a clever gimmick, it was a weak decision in the grand scheme of things, as it was the album that had the least straight up House of Pain feel to it. Regardless, it did have its standout tracks, like "The Have Nots," "Fed Up," and "Pass Jinn." Everlast showcased his conversion to Islam on this one, often referencing his daily struggles with his Jinn, or a Middle Eastern demon who taunts those who've achieved faith in the religion.

The group gave their best effort, but they just weren't the House of Pain we all knew and loved anymore. Everlast had changed himself to reach a new audience, Danny Boy was often messed up on drugs, appearing on only two songs on the record, and Lethal, while he had shown us that there was life after Muggs and that he'd become a capable producer, lacked that special punch that made "Jump Around" what it was. Lethal was the first to find success after the official break-up of House of Pain, when he joined nu metal outfit Limp Bizkit as their DJ. Limp get a lot of flack, mainly because of the exploits of front man Fred Durst, but their debut album was stellar, with Lethal proving he belonged.

Everlast picked up a guitar and headed back to the studio under the alias of Whitey Ford, creating a hip hop meets Johnny Cash sort of sound that put him on the map again. His debut album, "Whitey Ford Sings the Blues," also featured several straight hip hop tracks, with "Painkillers" chronicling his heart attack and near-death experience. Everlast was again pioneering a new style, and while I initially bought into it, gone were the days of Irish bar fights and screechy horns. House of Pain and Muggs formed a team and created something irreplaceable on those first two albums. Everlast released several albums in this new genre of music before the he, Danny Boy, and Lethal reunited one more time to create a House of Pain for a new generation.

La Coka Nostra was a group who dropped on the scene in 2004, consisting of Everlast, Danny Boy, Lethal, fellow Irish-American rapper Slaine, and Ill Bill. While I was excited to see a resurgence of the original HOP lineup, I wasn't crazy about the name, as it lent a reference to cocaine - something I felt that the old crew was better than. Whether they indulged or not, it was not the House of Pain I knew. I appreciated the subtle reference to La Cosa Nostra, but Italian and Italian-American organized crime syndicate. I dealt with the other other aspect as well as I could, listening to wild tales of street fights, cash-stacking, and allusions to old school House of Pain. Everlast was back, with a few new members to throw at the crowd of devoted fans. Like most of the House of Pain records, Danny Boy rapped intermittently, focusing mainly on logo design, branding, and distribution.

The members of House of Pain left their impact on the music industry. Everlast was the most successful, the most paramount figure of the group throughout its tenure, going on to solo careers and resurrecting the rap group with a slight twist. To the common hip hop head, House of Pain is synonymous with "Jump Around." If one were to ask how many albums the group put out, there would probably be a lot of shoulder shrugging. They fell further and further into obscurity in the years after the hit single faded, doing what they could in a rap game that they changed forever with their Irish-American street tough style.
Posted by Will at 4:36 AM