Return to the 25th Chamber

While I'm on the subject of music reviews and timeless, influential rap albums, I still have a few weeks before time runs out on the 25th anniversary of Wu-Tang Clan's debut album, Enter the Wu-Tang (36 Chambers). In my last blog entry, I highlighted House of Pain's debut album as a game-changer. Well, if that one was a game-changer, I'm pretty sure Wu-Tang's debut made the Earth stop spinning for a day or two. I was in the early days of high school when the album dropped in 1993, and when I returned to my hometown for the summer, everyone was going nuts over the freshness and ingenuity of the Wu-Tang Clan. They were the first and only rap group to successfully merge old kung-fu movies with neighborhood violence and modern hip hop. 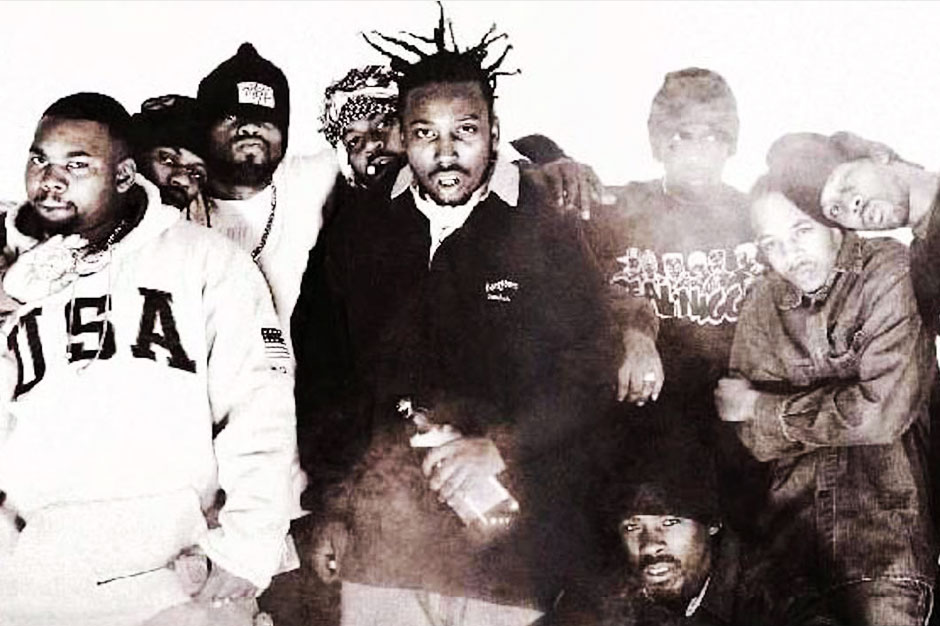 The 9 members of Wu-Tang Clan, RZA, GZA, Raekwon the Chef, Inspectah Deck, Ghostface Killah, Masta Killa, U-God, Method Man, and Ol' Dirty Bastard, affectionately referred to their own hometown of Staten Island as Shaolin. Shaolin was a staple of the old Shaw Brothers kung-fu flicks the group was raised on, a sacred place far away from the rest of Chinese civilization where true enlightenment and kung-fu styles were often achieved.

RZA essentially created the group, first recruiting his cousins GZA and ODB, hand-picking the other members for the unique styles they could bring to the group. He did this similar to the movie, The Five Venoms, which the group often referenced on their debut album. "Bring Da Ruckus" is the first song on the record, possibly the best encapsulation of the Wu-Tang sound overall, complete with movie clips about the Shaolin and Wu-Tang styles, most of the group members being introduced, and a beat RZA created with a plastic bucket and a microphone. Wu-Tang was genius and innovative in creation, from everything down to their logo, and common kung-fu terms like chambers and swords were metaphorical for the overall message the rappers were trying to relay.

Another highlight on the album is "Da Mystery of Chessboxin'," a highly metaphorical track featuring U-God, Inspectah Deck, Raekwon, Method Man, ODB, Ghostface, and Masta Killa. The song features a sample of traditional Chinese music, and it's the one that initially introduced me to Wu-Tang through the music video. I rushed right out to buy the album and I was literally the only one in my town representing Wu-Tang and its kung-fu prowess meets street slang style. As far as old kung-fu classics, Inspectah Deck represented the municipal policeman who reveals himself in the end (ala The Five Venoms), Method Man represented the disciplined but rough around the edges monk on the hook, ODB represented the drunken master, and Ghostface represented the incognito, slashing style of an assassin.

The group's next single was "C.R.E.A.M," which stood  for "Cash Rules Everything Around Me," a look into the group's Shaolin (Staten Island) upbringing. It was undoubtedly the biggest single from the album, and is probably still the most well-known Wu-Tang Clan hit. The song is further filled with homages to their hometown, of course disguised as the legendary kung-fu Mecca, and despite RZA's connection to the 5% Nation of Islam, he and the boys stick close to their street tough narrative and how it might correspond with the cultural traits of the Chinese. They spend time introducing and reintroducing the Clan members on "Clan in Da Front" and in album intermissions, giving us a full view of their diverse, unique rhyming styles.

Method Man was surprisingly the heartthrob of the group, the gruff but somehow silky smooth ruffian, the most frequent hook chanter on the record. His style slightly compliments that of ODB, and like the drunken master of the Wu, his voice is immediately recognizable. He was such a charismatic member of the group that he got his own theme song with the number nine track, "Method Man," and was the first of the Clan to receive a solo record deal. After Enter the Wu-Tang, key members of the Clan branched out for solo efforts, all signing with different record labels while maintaining their initial Wu-Tang deal as a way of dividing and conquering the rap game. Next followed Raekwon, featuring Ghostface Killah, then came Ol' Dirty Bastard, and finally GZA - whose "Liquid Swords" album, produced of course by RZA, is one of my personal favorites. Wu-Tang Clan have released seven studio albums as a group, and while 2014's A Better Tomorrow comes in at a close second, Enter the Wu-Tang (36 Chambers) was no doubt their best. There was something about the brander newness of the sound and the concept. There was something about the group's varied styles and approaches to the mic, about their clever ways of associating hip hop references to those of Shaw Brothers kung-fu flicks. There was something about their love for these movies because of the brotherhood of the protagonists who always had each other's back, no matter what. No one member has ever publicly beefed with another, only reuniting year after year to drop new albums, not to mention all the guest spots the members do on each other's solo albums. RZA created something special when he formed Wu-Tang Clan, and their debut album is one that has no doubt left it's mark on American hip hop culture forever.
Posted by Will at 4:28 AM